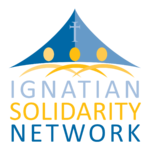 Build Bridges for
the Common Good
Not Walls

I am writing today to ask that you do everything in your power to prevent President Trump’s declaration of a national emergency on the U.S.-Mexico border from coming into effect.

President Trump’s action is both an immoral response to the challenges posed by immigration realities on our southern border and a threat to our democracy.

As a person of faith, I believe that people have a right and duty to participate in society, seeking together the common good and well-being of all, especially the poor and vulnerable. President Trump’s use of emergency powers to circumvent negotiations with another branch of government compromises the ability of citizens and their representatives in the legislative branch to carry out these rights and responsibilities.

I am hopeful that in rejecting President Trump’s national emergency declaration, you can also work for policies that promote the common good and respond to the needs of the most vulnerable in a way that adheres to the fundamental civic values of representative government.

(NOTE: This alert has been adjusted in light of the U.S. House passage of a resolution seeking to stop the National Emergency Declaration — it will be prepared for your U.S. Senators only, as they are now required to vote on the resolution.)