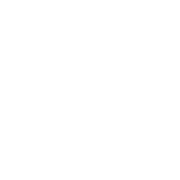 In light of the 5th U.S. Circuit Court of Appeals’ recent ruling on DACA, this situation of judiciary limbo which keeps DACA recipients in a state of uncertainty, now more than ever is the time for Congress to pass a legislative solution to provide permanent security for the 800,000 current DACA recipients living in the United States.

In 2021, the House of Representatives successfully passed the American Dream and Promise Act of 2021 (H.R. 6), which aimed to provide DACA recipients, TPS holders, and DED holders a pathway to citizenship. We now ask you to contact your senators and ask them to follow the example of their colleagues in the House and bring the Dream Act of 2021 (S.874) to the floor for a vote. This bill, which has bipartisan support, will provide much-needed protection and stability for the young, productive, and undocumented members of our society. Join us in calling on the U.S. Senate to bring to the floor for debate and pass a clean Dream Act of 2021.

I am writing to call on you to urge Senator Mitch McConnell to allow a vote on the Senate floor and to pass a clean American Dream and Promise Act of 2021. This bill, which has bipartisan sponsorship, will provide much-needed security for the young, productive, and undocumented members of our society. Furthermore, it upholds the inherent dignity of these individuals by recognizing the many ways in which DACA recipients have contributed and continue to contribute to the safety, prosperity, and well-being of our country.
For years, DACA has protected immigrant youth from deportation and has provided them with work authorization. Earlier this year, the House successfully passed the Dream and Promise Act (H.R. 6), which aims to provide DACA recipients, TPS holders, and DED holders a pathway to citizenship. With the outcome of the Supreme Court debate uncertain, now more than ever is the time for the Senate to follow the example of the House and pass The Dream and Promise Act. Doing so will take the 800,000 DACA recipients currently living in the United States out of legal and political limbo and grant them the permanent safety and security they need and deserve.
As a person of faith and a member of the Jesuit and broader Ignatian network, I have seen firsthand the way DACA recipients have contributed to their university campuses and parishes. DACA recipients who graduated from Jesuit universities are currently working as EMTs, teachers, attorneys, and more. For many, the United States is the only home they have ever known and to suddenly uproot them would be detrimental to both them and our nation. It is time we stop using them as political pawns and provide a permanent legislative solution for DACA recipients.
The United States was founded on a set of principles and ideals, one of which is civil discourse-the rational and respectful sharing of ideas as a way to influence change. In thus far refusing to bring the Dream Act of 2019 to the floor, Senator McConnell denies the American public the ability to engage in healthy debate, a fundamental aspect of the democratic process. DACA recipients have given much, and continue to want to give even more, to the country they have called home for nearly all their lives. They deserve to have legislation determining their status here debated in the halls of government.
DACA recipients are educated in U.S. schools, speak English, and pay taxes. They are American in all but legal status. In refusing to bring to the floor and pass S.847, we turn our backs on our own people. For these reasons, I urge you to call on Sen. Mitch McConnell to allow for a vote on the Senate floor for a clean Dream Act.