Blog - Latest News
You are here: Home1 / Homepage2 / “The importance of recognizing different cultures as being in solidarity... 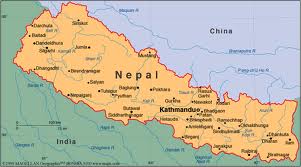 I began to become drawn to indigenous cultures when I entered college.  I felt a calling to South Asia by many different events that

arose at the start of this academic year.  My university’s chapter of Free the Slaves held a panel on modern day slavery.  This is where I began to realize more and more how people, particularly women and children in third world nations, were subjected to unfair work conditions and sexual enslavement.  I realized something that would affect my short-term goals to immerse myself in a new culture as well as my long term goals to hold a position one day in a field in which I can affect change.  Nepalese women are more than likely subjected to slavery in the work place from the time of birth, and moreover, 20 percent of women are subjected to a life of sexual slavery in an Indian brothel.  At the Ignatian Family Teach-in this past fall, Jim Keady, founder of Team Sweat: Make Nike Fair Trade, spoke of his time spent trekking in South Asia and his inspiration gained from sweat shop workers in Indonesia who were able to remain strong through unfair working conditions and a wage that was less than livable.  I realized that our nation is much more developed that we often are able to recognize when juxtaposed with a place like Kathmandu.  I began to be struck by things that I’ve been conditioned to view as “regular” or “normal” in my life.  For instance, my mother runs her own small business, yet in Nepal it is far from normal for a woman to even receive proper education to hold a job outside of a sweat shop.  As a young woman raised by a strong woman I felt drawn towards a volunteer program where I knew I could aid in empowering women of all ages.  I felt drawn towards Kathmandu because women there are not empowered.  Their preexisting society has not allowed for them to become women who speak their minds and own and operate businesses, like the women in our country.  Although I know I cannot alter the entire Nepalese education system, I know I can be a voice and a source of aid for women who do not have the power in their own society to speak for themselves.

Having led an alternative break trip to Vanceburg Kentucky through my university, I have come to understand the true meaning of standing in solidarity with a different society and a different culture.  I hope that I will be able to have a similar experience to what I was able to witness in Kentucky on a global scale.  By living in a volunteer house in Kathmandu, I hope that I will be able to made strong bond with the community around me.  I strongly believe that by immersing myself in the culture of Kathmandu, I will begin to understand how I am linked to those of other cultures in a new way.  I hope that I am able to bring this back to my university so that they, too, may understand the importance of recognizing different cultures as being in solidarity with us rather than separate.  If I am able to provide the means to growth in any way I can to the community around me, I have no doubt that I, too, will grow in the process.

To learn more about Leah’s journey and to support her work, please visit: http://leahtakesonnepal.bbnow.org/

“Even if it is as simple as a dirt-covered marble” 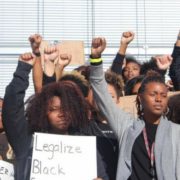 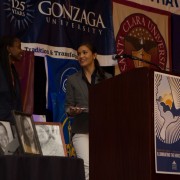