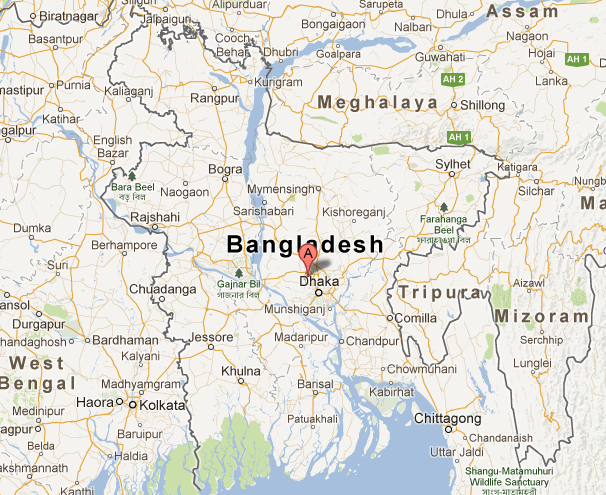 4/25/13 – On Wednesday morning April 24, 2013, an eight story building in Savar, Bangladesh which housed several garment factories, including New Wave Style, Ether Tex, Canton Tech Apparel, and New Wave Bottoms, collapsed.  According to various news sources the collapse left nearly 200 people dead, hundreds injured, and an unknown number of individuals trapped in the rubble. News sources also reported that the popular kids chain The Children’s Place sources from a factory located in the building and that Ether Tex listed Wal-Mart as one of its buyers, though it is not clear if the retailer was currently sourcing from the factory. (SOURCE: Money CNN)

At the time 2,000 people were in the Rana Plaza building. The collapse occurred in the suburb of Savar and is the largest accident to afflict Bangladesh’s garment industry,  which is the second leading garment exporter behind China.  It has been reported by the Institute for Global Labour and Human Rights (ILRF) that on Tuesday morning April 23, 2013, significant cracks and fissures could be seen on the exterior of the building and about 2,500 workers refused to enter. When they returned the next morning they were told the building was fine and if they did not enter they would not be paid. An hour later the building collapsed. Reuters further stated that doctors at local hospitals were unable to cope with the number of victims brought in.

Via Reuters report:
“Mohammad Asaduzzaman, who was in charge of the area’s police station, said factory owners appeared to have ignored a warning not to allow their workers into the building after a crack was detected in the block on Tuesday.”

According to the New York Times, Bangladesh has the lowest labor costs in the world with  the average monthly wage in the garment factories set around $37/month and stated that the accident represented a failure of government inspectors to ensure safety standards were met. It additionally highlights that this occurred just five months after a fire was set at the Tazreen Fashion Factory killing 112 workers. These two tragedies so close together raise concerns for workers safety in Bangladesh who are forced to keep wages low in order to compete with China, Pakistan, Cambodia etc.

Shannon Doyle is a Junior at John Carroll university from Westfield, NJ. Last semester she studied at NUI Maynooth in Ireland. She is majoring in sociology with a minor in Peace, Justice, and Human Rights and is planning to complete her masters in Non-Profit Administration. She bacame interested in the Ignatian Solidarity network after attending the Ignatian Family Teach-in last fall. She has been involved in many volunteer activities in and outside of campus including volunteering each summer at Sister Pat’s Kids Camp in New York for kids with cancer and blood disorders. last summer she also volunteered with the York Street Project in Jersey City which helps young mothers complete their high school degree. At John Carroll she is also President of the Carroll Cinema Society and a member of the Ultimate Frisbee Team. 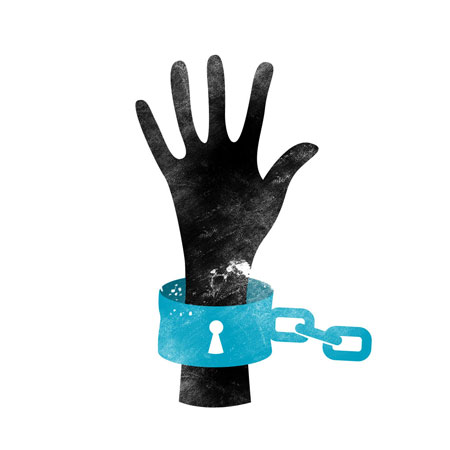 Child Labor – I am a worker 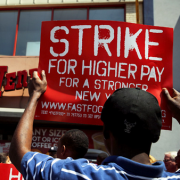 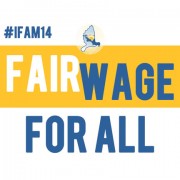 Be A Part of Movement: Bring Living Wage Apparel to the Ignatian Family
0 replies