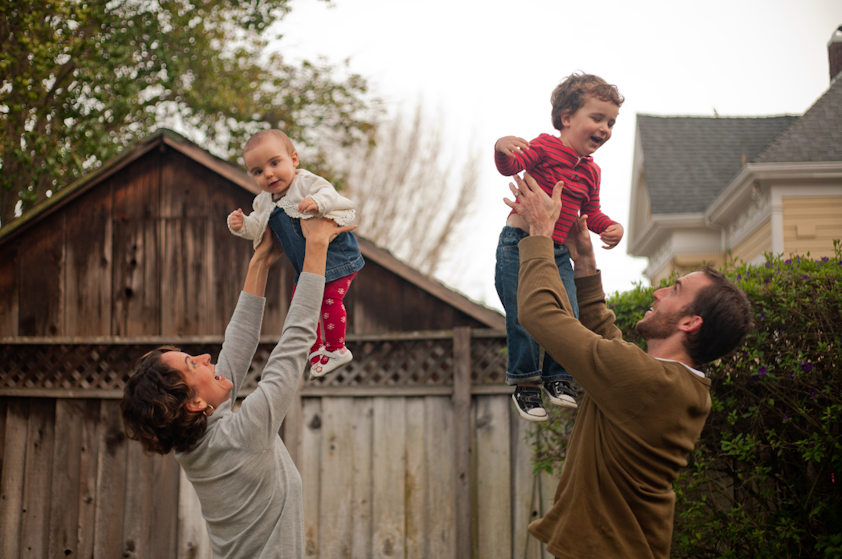 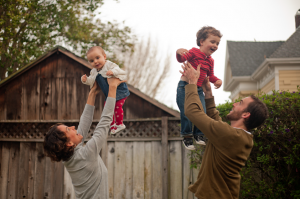 Tonight during dinner the kids were at it again. My three-year-old son painting his placemat with ketchup. My one-year-old daughter tossing fistfuls of corn and peas into the air like confetti. Fish sticks pressed into wood table. Strawberries somehow smeared on opposite wall. A diabolical duet.

Someone once told me that if I wanted to change the world, I should clean my own house first. It sounds simple enough, but I am learning quickly that one of the most frustrating aspects of being a full-time parent is the amount of time and energy spent cleaning up messes. It’s neither the actual substance of any particular mess, nor the irrationality of it, that most irk me. Toddlers are supposed to be messy, right? Recently, when I asked my smoothie-soaked son why he keeps making messes, he replied with conviction: “This isn’t a mess, Daddy. It’s just what I am doing.”
What feels most daunting is that it’s an endless cycle. The top items on my to-do list, even prayer, are constantly replaced by a new mess. And yet as soon as the tabletops, high chairs, floors, counters, or bottoms are clean, it’s as if my children agree that mess-making shall commence again. Clean-up feels futile.

Of course Ignatian spirituality reminds us that God exists not just in spite of, but in the midst of, the messiness. Moments of grace are scattered among the crumbs of life. But another insight from St. Ignatius has been further liberating in the face of constant cleaning: the reminder that when the perpetual challenges (like changing the world or cleaning your own house!) feel overwhelming, there is dignity in the little duties, though tedious they may be. St. Ignatius invited his brother Jesuits to do such tasks with discipline and detachment: “Not to be daunted by the greatest enterprise, yet to invest oneself in the smallest one: this is divine.”

I decided to invest in tonight’s enterprise of cleaning with a better attitude, from a place of freedom instead of frustration. The pick-up process became a game, and the three of us were a team. My children cleared away every last kernel and crust, and had lots of fun doing so. And as their laughter drifted towards the sound of a running bath, I smiled with pride at the shiny floor and miniature dustpan leaning against the trashcan.

During the mere seconds of transition between dinner clean-up and bath time, the children ran off together, pulled off their full diapers, and made a new mess of the bathroom and each other.

Actually, it wasn’t a mess… it was just what they were doing.

A Voice for Humane Immigration Reform at the Cleveland Diocese First Friday...
Scroll to top
Shares
Share This