Annie Burns (Class of 2016, Management and Theology Major) and  Maura Rocks (Class of 2016, Political Science and Theology Major) joined student leaders from Jesuit universities and parishes across the country at the Ignatian Solidarity Network’s 3nd annual University Leadership Summit from July 28-31, 2013.  The program was hosted at John Carroll University in Cleveland, Ohio.  The ISN University Leadership Summit invites emerging student leaders for social justice to spend four days strengthening their capacity to effect positive social change while deepening their understanding of the relationship between faith and justice emphasized in the spirituality of St. Ignatius of Loyola. 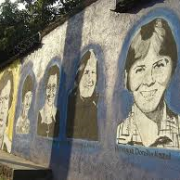 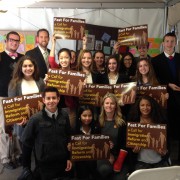