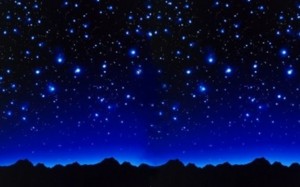 Have you been watching the American and international political games unfold over the last few weeks?  Have you listened to the rhetoric of dealing with chemical weapons in Syria, the American government shut-down and our debt-ceiling?  If so, and if you’re like me, maybe you’ve sighed helplessly, grunted in frustration, or chosen to avoid it all together at times.  The polarization of our world is staggering – two sides entrenched, no blinking, no real conversation.  And if you’re a parent like me, time is short and often I don’t have the ability to explore the issues with more depth and engage in the discourse meaningfully at this point in my life.  Diapers and dinner dishes and bed-time rituals demand more of my attention than the latest Congressional drama or international saga.  As someone who wants to be a part of change, to work for compassion in our world, I find it hard not to be able to devote more time and attention to that work.  Furthermore, I struggle to know how best to raise children with hearts for social justice and who are not just pawns in the polarized world around them.

As I loosely followed the latest round of finger-pointing in the US Congress, I noticed how much our leaders and our culture lack creativity and imagination.  Can we not figure out some of these dilemmas in a way where all can win?  Can we not come up with some solutions (which may be imperfect) that can at least be temporarily functional?  Can we get out of this polarized conundrum of “us vs. them” and can we find a new way?

At Xavier, I have been blessed to work with a new colleague this year.  His name is Dan Hartnett, and he is a Jesuit who has spent significant time in Peru and Chicago, living and working with the marginalized of our world.  Dan talks a lot about a framework or pedagogy for justice:  Experience, Understanding, Imagination, and Action.  I like this four-step concept because it is simple, yet robust.  First we must encounter the world through issues and people.  Then we must learn about and reflect on the causes and influences imbedded in the issues and realities we have encountered.  Then we must imagine new ways, new structures, and new paths that answer creatively the problems of our day.  Finally, we must act.  Every step is essential, but I am stirred lately by the third step of process, imagination, because of the ability we have to foster this attribute in our children.

I wonder if my role in the work for a just world won’t be discovered through some new equation for dividing my hours and energy.  I wonder if my role is right underneath my nose.  Maybe the way I work for justice is to instill a sense of boundless imagination in my son, Andrew.  While it may seem insignificant now, maybe the time spent cooking imaginary meals, climbing imaginary mountains, and riding imaginary horses is actually laying the foundation for my son to think and problem-solve creatively.

The issues, concerns, hurts and needs of the world often feel insurmountable because it is easy to forget that realities like poverty, a screwed up immigration system, and a polluted environment are all really just results of a series of individual and collective human choices.  They are surmountable, but it will take real, genuine imagination to conceive of new ways of being.  Will my kid single-handedly reverse the course of injustice someday because he played make-believe in his childhood?  No.  But if he grows up with a sense of wonder and possibility, a way to think creatively instead of only in straight lines, then he will be equipped to live counter-culturally and problem-solve in his little corner of the world in ways that others might say are impossible.

My hope is that he’ll become that imaginative person because there once was a day when Cowboy Andrew roamed the Old Wild West on his trusty horse named Galapagos, sleeping under the stars, meeting new folks, chasing trains and going on adventures, singing songs and playing harmonica with his friends along the way.   Hopefully, when he is off on his own and I’m old and gray, I will watch Andrew respond to the great need of the world around him in ways I can’t even dream up right now.  This is my hope and maybe this is what “justice-work” looks like for me right now.   And though it seems insignificant and insufficient for the causes of justice today, I choose to believe that cultivating a capacity for imagination along with a heart full of compassion is some of the main work I am currently called to do.

Maybe we can learn ways to do this better from each other.  Would you be willing to share:  What are the small ways you make-believe in your home?  How do you foster imagination in your children?