October was national Fair Trade Month! To celebrate, ISN reached out to students at Jesuit universities across the U.S. to find out what they were doing to recognize this important month for workers rights and sustainability.  Here’s what they had to say:

Fordham University  (New York, NY)
In honor of Fair Trade Month, Student for Fair Trade at Fordham showed the documentary Black Gold, a documentary on the injustices behind the coffee that is made in Ethiopia.  They have been actively selling fair trade products from their Amani store. Their group was also highlighted in one of the campus newspapers. Students for Fair Trade at Fordham are in the process of creating a fair trade movie. Check out their FB page for more at: http://on.fb.me/18CwoJR. 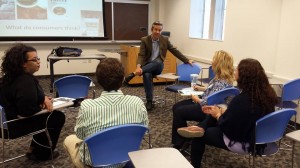 Fair Trade at John Carroll University hosted the Ohio Fair Trade Expo on October 12th. The event included fair trade vendors, workshops and keynotes by Christopher Bacon and Ruth DeGiola. JCU has continued with their Fair Trade Friday sales throughout the month. During the week of Halloween students will be handing out Equal Exchange chocolates and information cards warning about the dangers of non-fair trade chocolate. JCU was recently visited by two employees from Alta Gracia who discussed their experience and the importance of sweat-free, union made clothing. Check out their FB page for more at: http://on.fb.me/17sICuT.

Loyola Marymount University hosted a Regional Southern California Fair Trade Gathering on October 5th with students, staff, and community members/professionals in attendance. Fair Trade campaigns were discussed at the conference on a college and community based level and connections were made and ideas were exchanged through interactive workshops and group collaborations. On Thursday, October 24th, there was an event on LMU’s campus which involved educational outreach and awareness with free Fair Trade chocolate, ice cream, and coffee given out by students with students wearing banana suits!

Each semester and starting with last semester, the LMU Fair Trade Committee visits each department on campus to take an inventory of the type of coffee that they are purchasing and to educate them on the importance of choosing Fair Trade. Coffee Bean and Tea Leaf will be coming to our campus in the near future and we were concerned as their coffee was not fair trade. We are happy to announce that they have agreed to create their first Fair Trade blend for LMU called “University Blend.” Also, we partnered with Fair Trade Colleges and Universities to host a Fair Trade Conference. In attendance were students from all over California, Fair Trade business owners, food service providers, and other members from at least 35 different campaigns on the west coast. Sodexo catered our event, and among the spread were Fair Trade coffee, tea, brownies, cookies, and chocolate bars. As an added note, Sodexo has committed to a more “Fair Trade campus” and now offers 9 different Fair Trade items campus wide.

If your university is not included in this update, please e-mail what happened on campus to info@ignatiansolidarity.net. 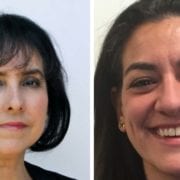 What is more practical, as a faith-filled, justice-oriented parent, than to...
Scroll to top
Shares
Share This