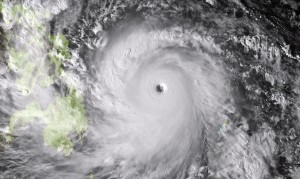 The devastation caused by Typhoon Haiyan in the Philippines and other areas of southeast Asia is tremendously disturbing.  The death toll isn currently estimated at 10,000 and millions have been left without shelter, safe drinking water, food, etc.  For the millions of people impacted by this horrendous natural disaster, their lives will be forever changed by the loss of loved ones and in some cases complete obliteration of their homes and towns.  The Jesuit network throughout the world has been offering updates and information regarding Typhoon Haiyan response efforts and how people can support those responding to the many needs of people in the region.

Our hope is that these resources can be one way to further opportunities for collaboration, support, and solidarity in response to this ongoing situation.  If you have additional resource suggestions or would like to share the way your Jesuit community/institution is responding, please contact info@ignatiansolidarity.net.  We continue to pray for those who have died, for their families, and for all who have been impacted by this horrible disaster.

Pope Francis: One Human Family – Food for All
Scroll to top
Shares
Share This