While Congress is at a standstill on immigration the Obama administration recently announced that the Department of Homeland Security will review U.S. deportation policies.  At the same time faith-based advocates are continuing to be a voice for humane reform and deportation policies across the country, including an upcoming effort by the U.S. Catholic Bishops Conference on April 1st in Nogales, Arizona.

You can find the current marked up immigration reform legislation in the U.S. House here. 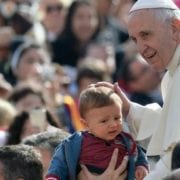