Blog - Latest News
You are here: Home1 / Reflections on 25th Anniversary of the Jesuit Martyrs2 / Martyrs of El Salvador: Hoping for Some Pale Reflection of Their Inspi... 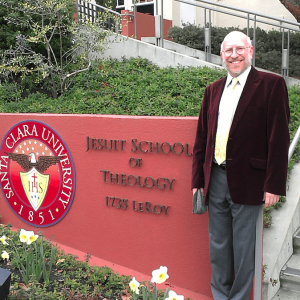 At the time of the martyrdoms in November 1989, I was in my first semester of Master of Divinity studies at Weston School of Theology in Cambridge, Massachusetts. I had been a Jesuit for six years and was already toying with the idea of post-ordination doctoral studies in moral theology or some similar field. The martyrdom was of course a great tragedy, but those dramatic events did have the positive effect of conscientizing many people about injustices that inspired the courageous and brilliant work of those great apostles at the University of Central America. As an impressionable twenty-something, I was one of those people who learned so much from the martyrs after their deaths.

Finding out about the outstanding and provocative work of the Jesuits of El Salvador for justice and peace energized me to join my fellow students, both Jesuits and others, to engage in a great upsurge of social activism–protesting on the streets of Cambridge and Boston and engaging in letter-writing campaigns to insist on justice in El Salvador and a change in U.S. policy toward that embattled region. It really helped to be in Massachusetts, as many prominent local figures provided great leadership in exposing the full circumstances of the murders and insisting on a full investigation of those responsible: Congressman Joe Moakley, his assistant and later Congressman Jim McDermott, and Rev. J. Donald Monan, S.J., among others. Many of us joined forces to engage in massive protests against the Salvadoran military and the paramilitary death squads responsible for the murders of the Jesuits and their companions, as well as the deceitful collaboration of the United States in patterns of oppression across Central America, and especially in the civil strife that was racking El Salvador in the peak years of its bloody struggle for social justice. A year after the murders, I was fortunate to be able to join a study tour that brought a modest delegation of theology students from across the United States to El Salvador to observe the remarkable contribution of liberation theology (and especially the base Christian  communities that it inspired) to the cause of social justice and reconciliation. Eventually, as a professor at the same Jesuit-sponsored divinity school in Massachusetts, I would participate in several of the demonstrations at Fort Benning, Georgia against the School of the Americas, a U.S. military institution that trained elements of Latin American military establishments responsible for great bloodshed and the further impoverishment of the populace. It was a great privilege to bring some of my students to join the pilgrimage to Columbus, Georgia for the annual protest, just as it is now a privilege to encourage a new generation of students to join the Ignatian Family Teach-In in Washington, organized by the excellent efforts of the Ignatian Solidarity Network!

Two final notes about my own path and personal experience since that fateful day in November 1989. The more I learned about the social oppression and injustices that destroyed the life prospects of the vast majority of the people of El Salvador and Central America and the developing world in general, the more urgent it seemed that I orient my Jesuit life and my further academic studies to social justice. I have done little else since! I completed my doctoral work in social ethics and have gone on to specialize in Catholic social teaching, with an emphasis on public policy and poverty alleviation. All the courses I have offered over the past twenty years, all the books and article I have authored, just about all the talks and addresses I have given during these decades, have been inspired by the injustices that were brought to my attention in the most dramatic way by the shock of the martyrdom. As soon as I heard the word on the morning of November 16, 1989 that six of my brother Jesuits had been killed overnight on the campus of a university I had never heard of in nation I could barely locate on a map, I knew that nothing would be quite the same. Secondly, I now found myself serving as dean of another Jesuit-sponsored graduate school of ministry, called Jesuit School of Theology of Santa Clara University, located in Berkeley, California. If you are drawn towards activism for social justice and cannot be in the Commonwealth of Massachusetts, you are well served to find yourself in the Bay Area of Northern California, where the spirit of social solidarity and political change is strong. Specifically, my university keeps the memory of the martyrs of El Salvador very much alive, with ongoing programs linking all parts of the Santa Clara University to the people and culture of El Salvador. White memorial crosses commemorating the martyrs continue to grace the front of the mission church on campus, the signature building of Santa Clara. The satellite campus in Berkeley where the Jesuit School of Theology is located continues to emphasize activism for social justice in its curriculum. Particular concern for the peoples of Latin America imbues its co-curricular programs (such as the vibrant and innovative Instituto Hispano) and its extra-curricular activities, not the least of which focuses on sending our annual student delegation to Washington for the Ignatian Family Teach-In. There is no more fitting way to keep alive the memory of the martyrs of El Salvador, what they stood for and what they continue to teach all of us.

As I write this, Jesuit School of Theology is finalizing arrangements to host Jon Sobrino, S.J., who will speak at our Commencement on May 24, one of the several events we will sponsor in 2014 to mark the 25th anniversary of the martyrdoms. Father Sobrino was spared a fate similar to his housemates simply because he was traveling on that fateful night in 1989.  He has dedicated his entire life and work to his martyred community members, and I hope that anybody who looks at my life’s work will discern some pale reflection of the inspiration of the martyrs of El Salvador.c 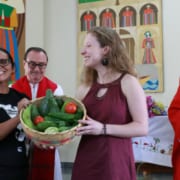 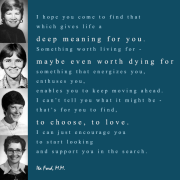 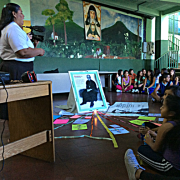