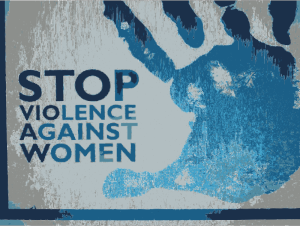 As 2014 began to fade away and the promise of 2015 became clearer and clearer, the typical news articles started showing up on social media feeds. Headlines proclaiming the highs and lows of the year, accomplishments and setbacks, and hopes for the new year all seemed to blur together in a mass. One headline caught my eye, and has since embedded itself in the back of my mind: “2014 Was a Bad Year for Women, But a Good Year for Feminism,” written by Emily Tess Katz and published by The Huffington Post on Christmas Eve. It was the contradiction that drew me in; how was it possible that 2014 had held such hardships for women, yet also lifted up feminism to new heights?

In last year alone, there were rampant attacks against females in the U.S. and around the world. A professional athlete physically assaulted his female partner on video, only to receive a slight punishment from his employer. A journalist insulted all survivors of sexual assault by claiming that rape victims hold a “coveted status” in society. #Gamergate was an ugly example of how the internet is far more sexist and dangerous for women than originally thought. A talented actress and inherently valuable woman was used as a twirling human statue during an awards show that was broadcast on national television. Popular YouTube personality Sam Pepper conducted a “social experiment” that involved grabbing women’s behinds without their knowledge or prior consent, while filming their reactions. A superior court set a precedent that nonconsensual intimate photos of a woman’s body are not a violation of privacy. The president of Lincoln University not so subtly implied that women make rape claims when sexual encounters do not go as originally desired. Sexual violence, stalking, and objectification of women was at an all time high in the music industry. A young man even took the lives of six, wounding thirteen others, and then committed suicide, but not before posting a chilling YouTube video spelling out his anger toward women for denying him the sexual attention that he felt he was entitled to. Every single one of these events occurred within the last 12 months, every single one of them. Our culture has been so infused with sexual oppression, sexual objectification, and just general sexism, that we have become numb to the reality of pain, suffering, and fear that is a constant pressure in the lives of women and sexual minorities. There is not a more desperate need or time for a complete transformation of how sex, sexuality, and morals intersect with our society than the present.

The current sexual paradigm allows and encourages sexual oppression, especially in the form of sexual violence. The term “rape culture” was created in response to the highly sexual nature of contemporary society, and criticizes how rape, sexual assaults, and sexual objectification of women has become an inherent, and accepted, aspect of culture. Sex was not meant to be used to oppress, control, or harm, yet the structures allowing for these uses have been in place far longer than most people realize. There is a lack of moral behavior when it comes to sexual activity, and that needs to change, for the health and safety of women and our entire human family.

We live in a white, heterosexual male-dominated culture. Women are evaluated with a double-edged sword, having to be both virginal and sexual, or else risk public humiliation and insult. Sex is simultaneously taboo and splashed across mainstream media and advertising outlets. The constructions of masculinity and femininity displayed are so narrowly defined that large portions of the population do not fully fit into one or the other, and often face severe social challenges for it.

Depictions of sexual violence and voyeurism are common themes within music culture, as well as hatred, disrespect, and misogyny. Characters are created from the perspective of the dominant view in society (a white, heterosexual male), although such exaggerated characters are attributed to being fantasies of an adolescent. Male entitlement and power are glamorized, while women are depicted as emotionally unstable objects for male sexual pleasure and little more.

This perception of male and female existence is not confined to music videos, as these messages are internalized and influence physical, real-world behavior and actions. Reality and art, if it can be called as such, seemed to collide when scenes of women attacked during a Puerto Rican Pride parade in 2000 harrowingly mirrored music videos of that time. Contemporary culture is teeming with overtly sexualized images of bodies engaging in explicit actions, and the church offers no counter to this information, but it should.

What our society desperately needs is to be reconnected with the positive power and opportunities that exist within morally sound sexual encounters. The current reality finds sex on television shows, news programs, advertising outlets, internet sites, just about anywhere the public eye can see. Sex has spread from a private and intimate encounter to a society-wide phenomenon, so it is necessary to include features of social justice if broken structures are to be corrected.

Sexual assault is shockingly common. So common that only the most horrific of assaults seem to garner public attention. Even then most of the attention is directed at dissecting the victim and his or her moral character; far more energy goes into shaming the victim than to highlighting the true horror of the event—the rape itself. Every two minutes, an American is sexually assaulted, with one sixth of the adult female population having been victim of an attempted or completed rape in her lifetime, and almost a fifth of all victims being under the age of twelve. Statistics like this should be unacceptable in modern-day society, yet higher, nausea-inducing numbers are found in other parts of the world, and accepted as part of reality.

Far too many people holding significant power in this country do not seem to understand the social structures that influence rape, nor are they willing to admit to benefiting from a system that oppresses and violates women and sexual minorities with regularity. This is the social structure that has created space for “rape culture” to exist.

Until women are viewed as more than just sexual objects, and valued for more than just what lies between their legs, the reality of sexual violence will not stop. Christianity offers a possible solution, but it requires a massive paradigm shift. This would make men, the dominant forces in society, very uncomfortable, if they were not willing to themselves adjust as well. The current system is broken, and by the time this paper has been read through, multiple women will have been sexually assaulted. How many women being assaulted will it take for our society to recognize their inherent value as human beings, and adjust to treating them with dignity, respect, and equality? Even one is too many. A sexual morality, if widely accepted, has the capability of changing the reality of our culture to be more inclusive, safe, respectful, and above all, truly loving. How many hashtags will it take for society to realize the dysfunction that has overtaken us all? A code of ethical behavior as it pertains to sexual encounters is necessary for the further flourishing of our society, and world, as a collective human family. Sexual violence can be traced back to a lack of clear sexual morals and respect for human dignity and agency, as well as harmful patriarchal structures of sexuality that harm both men and women. Using a Christian ethical framework, a sexual moral code based in respect for human dignity, intentionality, and integrity within sexual encounters could increase the sexual health of individuals, couples, communities, societies, if not the entire world.

This sat heavy on my heart as the holidays came to an end, and young women returned to classrooms and offices across the United States and around the world. I reviewed the hashtag #YesAllWomen during my research for this article, and what I found offered the same contradiction that the opening article articulated so succinctly. Women around the world face constant judgment and risk, simply due to their gender. Jennifer Aniston summed up being a woman in Hollywood as a no-win situation, with criticism flowing regardless of what a woman does. I would argue that this reality extends far beyond the comfortable bubble of Hollywood to envelope all women in the world. As disheartening as the stacked stakes may look at first, the other side of the sadness, fear, and hurt, is hope. Passionate, sometimes angry, but always enduring hope. Women are more aware of their oppression, but are also more connected, empowered, and vocal. And men are joining the cause, as #HeforShe gained considerable influence after Emma Watson’s compelling UN address. The contradiction remains, with women remaining objectified, oppressed, and targeted, yet more and more support, attention, and discussion is accumulating.

The current reality is unacceptable, and the church and its people have the power to bring about radical and beautiful transformation.

In the words of Margaret Mead, “Never doubt that a small group of thoughtful, committed citizens can change the world; indeed, it’s the only thing that ever has.” This quote reminds me of all of the incredible, strong, caring, and loving women I met in 2014 and beyond, as well as the amazing, generous, and warm-hearted men who stand alongside them. They are working to change the world for the better.

I challenge you, reader, will you join this group of change-makers? In honor of all the women, men, and children who have faced persecution because of gender, sexual orientation, or sexual activity, I do. I pledge to be a person committed to spreading love, while working to overturn the social structures that allow my sisters and brothers to be oppressed.

Christine Cate is a senior at Santa Clara University, with a Public Health Science major and Biology minor. Her passion for social justice was sparked early in college when she started traveling and learned about global realities her hometown of Carmel, California never exposed her to. Christine feels called to a life of service, accompaniment and advocacy. She is deeply committed to working towards social justice and global equity, as well living a life of faith and love. She loves documenting life (you can follow her on Instagram @chrischriscate and on twitter @christeenmaree), traveling, social justice, coffee & tea (specifically Peet’s), taking spontaneous adventures, and deep conversations. She spent her summer in El Salvador, studying abroad with the Casa de Solidaridad program, volunteering at an AIDs clinic, and participating in the ISN’s delegation commemorating the 25th anniversary of the Jesuit martyrs. She’s extremely excited to join the ISN media team and attend her first Teach-In this November! 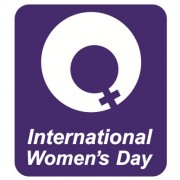 Take One Step Towards Greater Solidarity with Women 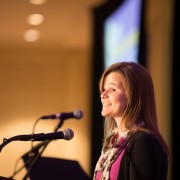 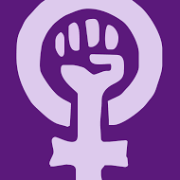 Free to [be]: Let’s Talk About Feminism 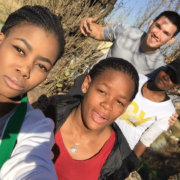 DACA: Pablo’s Dream is To Become a Doctor
Scroll to top
Shares
Share This