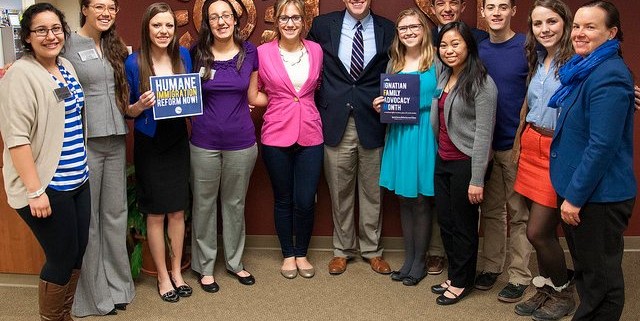 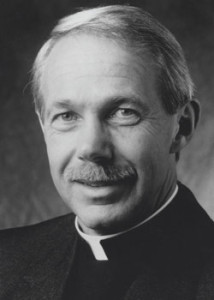 During a campus Mass for Schlegel at St. John’s Church on March 3, it was announced that several anonymous donors are hoping to create an endowed fund in Schlegel’s honor to support the mission and programs of the CSSJ. Along with establishing the fund, the center would also be named in Schlegel’s honor. Schlegel, Creighton’s president from 2000 to 2011, announced that he had been diagnosed with pancreatic cancer early this year.

“It is, indeed, a fitting tribute to Fr. Schlegel, who has been such a passionate supporter of Creighton’s Jesuit, Catholic mission, and its role in educating students who go forth and make a difference in this world,” said Creighton Provost Edward R. O’Connor, Ph.D. about the announcement.  The CSSJ’s mission emphasizes the need to “awaken hearts and lives of solidarity to build a more just world.”  The office has many notable programs, including the Service and Justice Trips program.  Started in 1983, the program sends over 350 participants each year to serve and learn from community partners across the country. 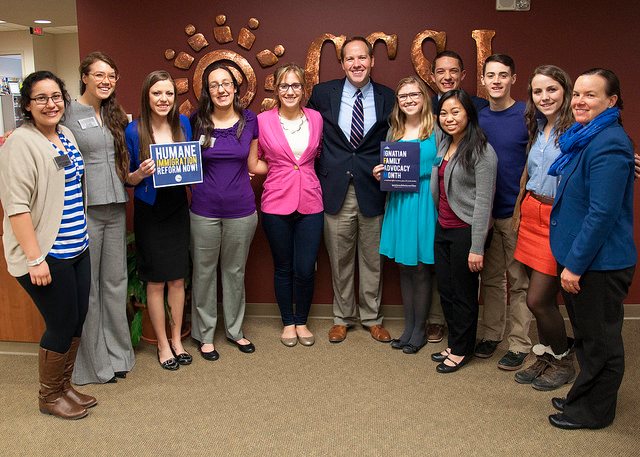 The CSSJ has been an important partner throughout the ten-year history of the Ignatian Solidarity Network.  Each year the CSSJ organizes a bus of 55 delegates who travel 24-hours overnight to attend the Ignatian Family Teach-In for Justice and advocate on Capitol Hill during Ignatian Family Advocacy Day.  Staff of the Center regularly serve on ISN event planning committees and support ISN staff at events and with other projects.  On the announcement of the potential endowment and new name ISN executive director Christopher Kerr expressed his excitement, saying, “I am so happy for the staff and all those connected with Creighton University’s Center for Service and Justice on the announcement of their new name and the energy expressed by donors to support their work.  The Ignatian Solidarity Network’s work is greatly enhanced by the contributions of Creighton staff and students tied to the CSSJ.”

Day 31: The Cycle of Garlic