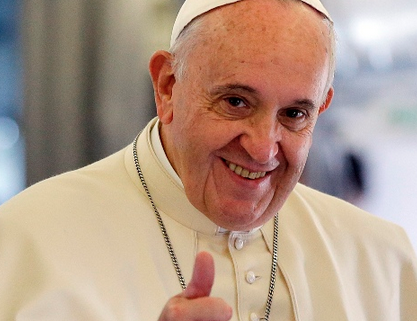 There is an old adage that “any press is good press.” Watching some of the recent media coverage on Pope Francis’s encyclical on climate change made me wonder if this is really true. In just two minutes during a recent segment on Fox News, analysts used phrases like “creating controversy” and “aligning himself with enemies” as well as accusing Pope Francis of jumping on the “climate change bandwagon.” It’s one thing to be critical, but it’s another thing when news media seek to create controversy where it doesn’t exist or misrepresent the goodwill of an individual.

But remember, “any press is good press.” So let me offer my own perspective as a Catholic who is tremendously excited for the prophetic voice Pope Francis will offer the Church and the world on the issue of climate change.

Pope Francis Is Aligning Himself With Enemies in the Church

This comment is intended to suggest that Pope Francis will be aligned with those who advocate for population control through his advocacy for a response to climate change. But in reality his stance on this issue will align him most dramatically with the economically poor and marginalized who are most vulnerable to the impacts of global climate change. As the first pontiff from the Global South, Pope Francis brings a different perspective on the world than other Church leaders. Cardinal Turkson, who offered an address in April entitled, “Protect the Earth, Dignify Humanity: The Moral Dimensions of Climate Change and Sustainable Development,” made the Church’s emphasis on the poor the focus of their efforts on climate change. As he introduced the topic he noted the grave realities of poverty and inequality in our world, saying:

“At least three billion of the seven billion inhabitants of the planet are mired in poverty, a third of them in extreme poverty, while a privileged global elite of about one billion people control the bulk of the wealth and consumes the bulk of resources.”

In 2013 Pope Francis said, “God’s world is a world where everyone feels responsible for the other, for the good of the other.” Clearly, he approaches his sense of Christian faith from the perspective that our responsibility for our brother and sister is core to who we are as Catholics.  So, while it may be true that there are some who will disagree with Pope Francis, that won’t be who he is aligning himself with as the encyclical comes out.

Pope Francis is Jumping on the Climate Change Bandwagon 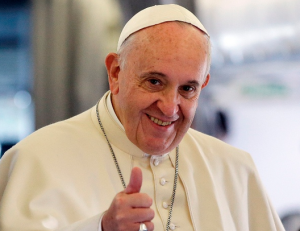 If by jumping on the bandwagon, critiques mean “building on a 2,000 year faith tradition that values our earth, its resources, and the people within it as part of God’s creation which should be cared for,” then yes, they may be right. The Catholic call to care for creation is not something that Pope Francis thought up while admiring a “green” football field during last year’s World Cup.  Instead, it is grounded in the values of Catholic Social Teaching that emphasize that “the dignity of the human person is the foundation of a moral vision for society.” Climate change caused by humans is compromising that dignity, especially for the three billion who live in extreme poverty. Speaking of those three billion, I think Pope Francis has been pretty clear from day one when he stepped out onto the balcony of the Vatican that the poor are at the heart of our Catholic faith.

In reality, it will be the majority of Catholics who will be jumping on Pope Francis’s bandwagon.  They often say that Catholic Social Teaching is the best kept secret in the Catholic Church.  If this is true, then our Church’s teaching on care for creation has been “top secret.”  Think about it, when was the last time you heard a homily on Sunday about climate change?  Keep thinking…keep thinking.  I don’t know about you, but it only took a couple fingers on one hand to tally up the ones I have heard.  In other words, Pope Francis better get a bigger bandwagon, because I think he is going to cause an awakening for Catholics.  We are going to be invited to see how we care for the earth in a new light that will change how we feel about the actions of our family, our community, and even our country when it comes to the environment.

Is climate change complex?  Absolutely.  Is there full agreement on every aspect of the issue?  Of course not.  However, to say it is contentious ignores the fact that the vast majority of climate scientists agree that climate change is very likely the product of human activity. In addition, most of the leading scientific organizations worldwide have issued public statements endorsing this position [NASA].  One example would be the American Association for the Advancement of Science, which said in 2006 that, “the scientific evidence is clear: global climate change caused by human activities is occurring now, and it is a growing threat to society.” [AAAS]

What might be most frustrating about the suggestion that Pope Francis does not belong in the melee on an issue that is contentious, is that in reality this is exactly where the rich Catholic social tradition of our Church calls us to be because this is where Christ was.  He engaged with the sinner, the tax collector, the leper, etc., all because they were part of the reality of our world.

Yup, he sure is.  He is betting that people will recognize his call to be concerned about climate change is grounded in the experience of Christ, who walked in solidarity with those who were bruised and beaten by the world.  He is making a bet that people will join him in turning away from what he has called a “god of money” and turn toward a God of creation that supports the dignity of all people, with special attention to those most marginalized by the impacts of climate change.  That’s his bet, and they are right, it’s huge! 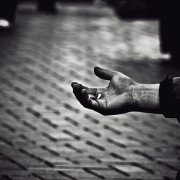 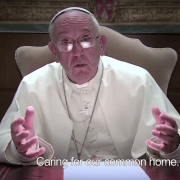 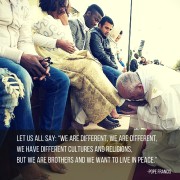 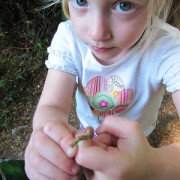 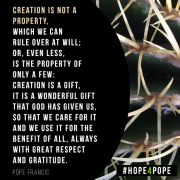