Blog - Latest News
You are here: Home1 / Voices for Justice2 / Natalie Terry: Romero Beatification3 / Romero Is Risen in the People: Where should his relics remain? 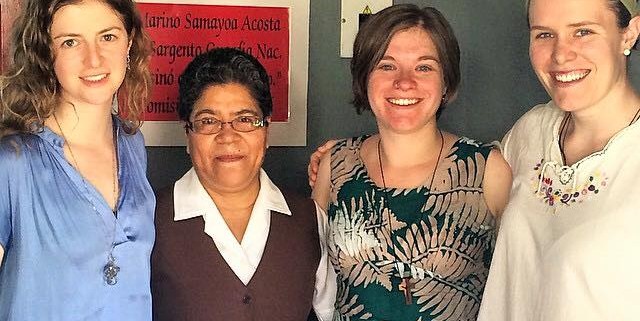 Early this morning priests, accompanied by police arrived at Monsignor Oscar Romero’s home at Divina Providencia Hospital to take Romero’s bloodstained shirt to its new home at the cathedral. The relic has been under the care of the Carmelite Missionary Sisters of St. Therese since Romero’s death. A month ago the sisters were told the relic would be taken to the cathedral to be on display for the beatification celebration. A few days ago Church officials alerted them that it would be taken to the cathedral indefinitely.

Yesterday, church officials arrived to take the relic, but with large crowds at Divina Providencia Chapel, they decided to wait. This morning priests arrived to pray with the sisters, followed by another priest accompanied by three police officers. Sister Silvia Barrera, who shared her experience with us, accounted that the priest’s face was ashen, anticipating the pain that removing this relic would bring to the Missionary Sisters’ community. As officials removed the relic, a street cleaning crew came to clean the street leading to the hospital and home of Oscar Romero. This was done in an effort to clear out pilgrims and bystanders from the area. The relics were placed in a church official’s car and driven to the cathedral. When I arrived at the chapel this morning traffic was blocked and the street cleaning crew were just leaving the entrance to the hospital, accompanied by at least three police officers.

The sisters have carefully cared for his memory for the past thirty-five years and they hope that the Romero’s relic will be returned. Romero is risen in the people and his relics, should our memories of him remain with the people? 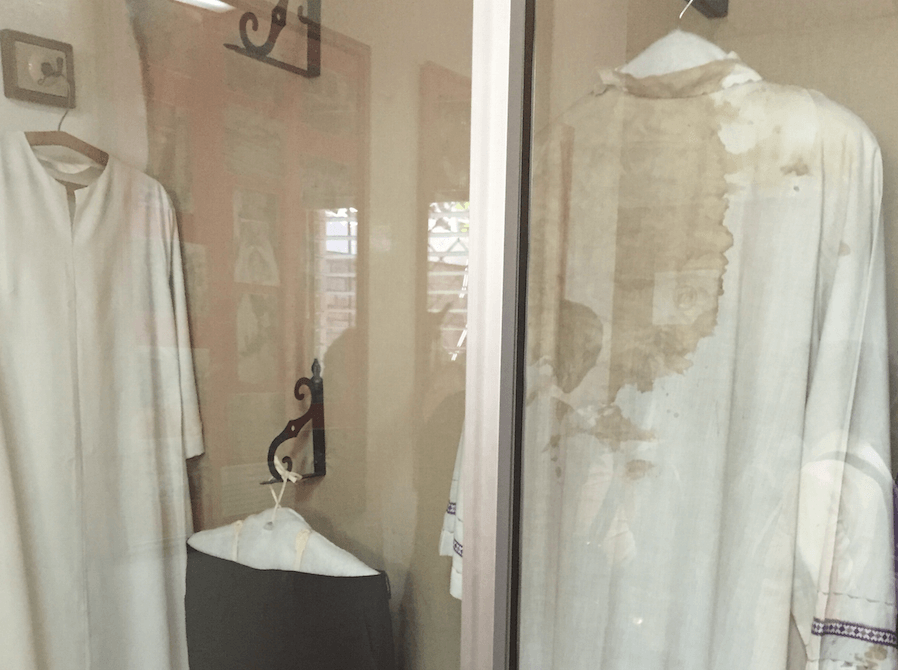 The blood-stained vestment that Oscar Romero was wearing when shot while celebrating Mass. The vestment was removed indefinitely from his former house, now a museum under the care of the Carmelite Missionary Sisters of St. Therese. 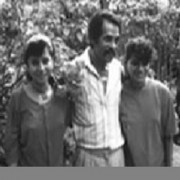 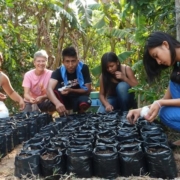 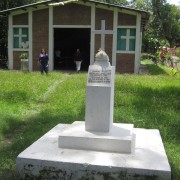 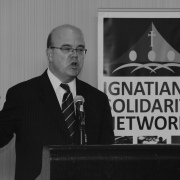 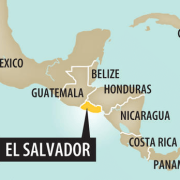 Romero: Teaching Us How to Live Rooted in God’s Love
Scroll to top
Shares
Share This