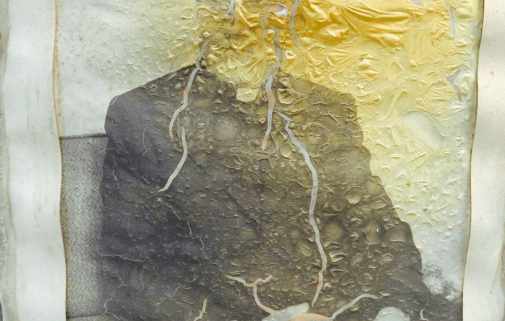 If you live out a Christianity that is good but that is not sufficient for our times, that doesn’t denounce injustice, that doesn’t proclaim the kingdom of God courageously, that doesn’t reject the sins humankind commits, that consents to the sins of certain classes so as to be accepted by those classes, then you are not doing your duty, you are sinning, you are betraying your mission. The church was put here to convert humankind, not to tell people that everything that they do is all right; and that because of that, naturally, it irritates people. Everything that corrects us irritates us. I know that I have irritated many people, but I know that I am well liked by all those who work sincerely for the conversion of the church. 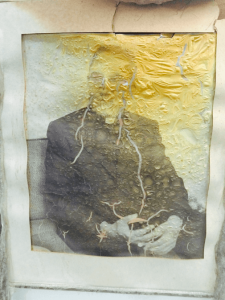 A photo of Archbishop Oscar Romero on display in the Romero Center at the University of Central America. The photo was set on fire during the murders of the six Jesuits and two laywomen at the UCA in 1989.

Romero knew he irritated people. For his prophetic stance against poverty and oppression he received opposition, not only from the Salvadoran government, but from the structures of the Roman Catholic Church. He was criticized for being too politically involved. He received death threats that would ultimately lead to his assassination. But, as we know well, after his death he rose again in the people.

For that reason, people are still irritated with Romero. Maybe more accurately, people are still afraid of the prophetic message and unrelenting hope that he imparts on the world. In 1989 when the six Jesuits, their housekeeper Celina and her daughter Elba were brutally murdered at the Jesuit Residence in the Central American University (UCA), their assailants tore apart their home, ransacked their rooms, and set fire to a photograph of Oscar Romero that hung on their wall. The action was symbolic, an attempt to eradicate Romero’s lingering presence in the Salvadoran people.

Today, the burnt photograph of Romero hangs in the museum at the UCA. Sharing this photograph with the world is also symbolic, for no matter how hard anyone tries, the memories of those who raise their arms to oppression will live on. A man named Jesus of Nazareth assures us of this.

On the day before he died, March 23, 1980, Romero announced the words to a new hymn written for the Salvadoran Folk Mass:

The explosive songs of joy vibrate
I am going to meet my people at the cathedral
Thousands of voices join together today
to sing at the fiesta of our patron saint
But the gods of power and wealth, oppose transfiguration
Because of this, now, you, Lord, are the first
to raise your arm against oppression.

As you read this post on Saturday morning an estimated 250,000 people will be gathering at the Plaza Salvador del Mundo to celebrate the beatification of Oscar Romero. May we raise our arms in prayer today, calling on the One who loved us first, to bring justice to His people and giving thanks to Oscar Romero, for teaching us again and again how to live lives rooted in God’s love.

God, may we be humble enough
to be irritated by Oscar Romero’s prophetic voice,
for we are still learning how to love our neighbors.
May we have courage enough to not be afraid
to continue on this journey
striving to love all as You love us.
Oscar Romero, we call your name…Presente 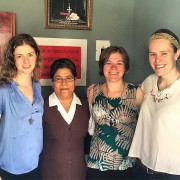 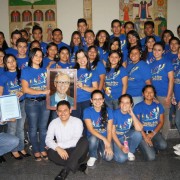 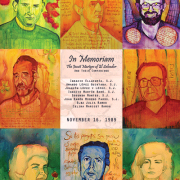 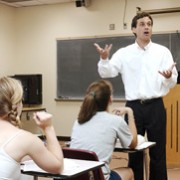 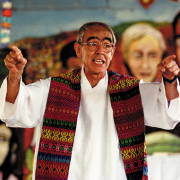 Pope Francis: Romero’s Beatification is a Cause for Great Joy for the...
Scroll to top
Shares
Share This