Susan Baber is the Director of Campus Ministry, Theology Department chair, and Director of Adult Formation at Loyola School in New York City. She directs the school’s spiritual life programs and oversees its faith-justice programming. Prior to her tenure at Loyola, she served as Classics department chair at St. Peter’s Prep. She has served on the New York Province Secondary Education Advisory Board and participated extensively in programs of the Jesuit Secondary Education Association.

Robert Lassalle-Klein, Ph.D., MSW, STL, is a professor of philosophy and religious studies at Holy Names University in Oakland, California. With his wife Lynn, he is a co-founder of the Oakland Catholic Worker, an intentional living community that serves immigrant families in the Bay Area. Lassalle-Klein is the author of numerous books including his most recent entitled Blood and Ink: Ignacio Ellacuría, Jon Sobrino, and the Jesuit Martyrs of the University of Central America (2014). He is currently completing The Spiritual Writings of Jon Sobrino (Orbis) and conducting research for Jesus the Immigrant: Contextual Christology and the Signs of the Times.  He has edited volumes on Contextual Christology for the 21st Century (2011); The Galilean Jesus (2009); and The Thought of Ignacio Ellacuría (with Kevin Burke, S.J., 2006). He serves in advisory/resource capacities for the Instituto Hispano of the Jesuit School of Theology and the Graduate Program in Pastoral Ministries at Santa Clara University.

Rev. Timothy M. McCabe, S.J., is from the Detroit suburb of Ferndale, Michigan. Always drawn to the poor and marginalized, he became involved with the Detroit peace community and the Catholic Worker Movement as a young man. In addition to serving as the director of a refugee resettlement project, Fr. McCabe also helped repair houses for Detroit’s inner-city poor and served meals in a soup kitchen. On a humanitarian aid mission to El Salvador, he first met the Jesuits, and those relationships helped propel his decision to attend the Jesuits’ University of Detroit Mercy, where he earned a bachelor’s degree in political science. His next job was with the Jesuit Volunteer Corps, where he served as the JVC’s Midwest director for 12 years. His work there helped Fr. McCabe discover Ignatian spirituality, and it had a tremendous impact not only on how he prayed but how he understood the world.

In 2005, after many years of discerning a vocation to the Society of Jesus, he answered God’s call and joined the Jesuits. As a novice, he worked in a hospice for the homeless in San Francisco before heading to Loyola University Chicago for advanced philosophy studies. Missioned next to Loyola High School in Detroit, Fr. McCabe served as the school’s development director and then spent two years working in Chicago with the Ignatian Spirituality Project, which provides retreats to homeless men and women. At the Jesuit School of Theology of Santa Clara University in Berkeley, California, he earned a Master of Divinity degree while serving as a deacon at St. Agnes Catholic Church in San Francisco. Recently ordained, Tim will begin serving as associate pastor and director of the Warming Center at Saints Peter and Paul Jesuit Church in Detroit. His first Mass as a Jesuit priest will be celebrated at the Madonna della Strada Chapel at Loyola University Chicago.

Rev. Stephen Privett, S.J., was born in San Francisco. He entered the Society of Jesus in 1960 and is a graduate of The Catholic University of America, the Jesuit School of Theology in Berkeley, and Gonzaga University. His doctorate is in Catechetics and his particular expertise focuses on the Hispanic community in the Catholic Church.

Fr. Privett currently serves as the Chancellor of the University of San Francisco and the Provincial Assistant for Higher Education and Social Ministries for the California and Oregon Provinces of the Society of Jesus.  In 2004, Fr. Privett became the 27th president of the University of San Francisco (USF), serving until he stepped down from that position in 2014. Prior to his appointment at USF, Fr. Privett served as provost and academic vice president at Santa Clara University. As provost, he was responsible for oversight of student life, intercollegiate athletics, as well as academic affairs. While teaching at Santa Clara, he was recognized for “Teaching Excellence and Campus Leadership” with the Sears Roebuck Foundation Award.

Early in his career, Fr. Privett was an instructor at Jesuit High School in Sacramento and Principal of Bellarmine College Preparatory in San Jose. He currently serves as a trustee at Fairfield University, as well the boards of Jesuit Commons: Jesuit Higher Education at the Margins and the Beijing Center. He is a commissioner for the Western Association of Schools and Colleges and a member of the Advisory Board of the California Foundation.

Kerry Weber joined the staff of America in October 2009. Her writing and multimedia work have since earned several awards from the Catholic Press Association, and in 2013 she reported from Rwanda as a recipient of Catholic Relief Services’ Egan Journalism Fellowship recognizing excellence in the Catholic media. She frequently appears as a co-host on “America This Week,” a weekly radio program on SiriusXM 129, The Catholic Channel. Kerry is the author of Mercy in the City: How to Feed the Hungry, Give Drink to the Thirsty, Visit the Imprisoned, and Keep Your Day Job (Loyola Press) and Keeping the Faith: Prayers for College Students (Twenty-Third Publications). A graduate of Providence College and the Columbia University Graduate School of Journalism, she has previously worked as an editor for Catholic Digest, a local reporter, a diocesan television producer, and as a special-education teacher on the Navajo reservation in Arizona. Follow her on Twitter at @Kerry_Weber. 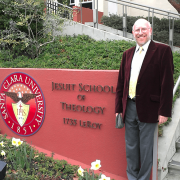 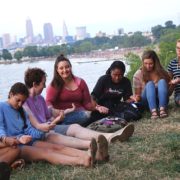 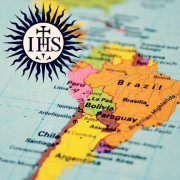 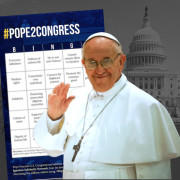