Blog - Latest News
You are here: Home1 / Solidarity Stories2 / Moving Beyond Myself 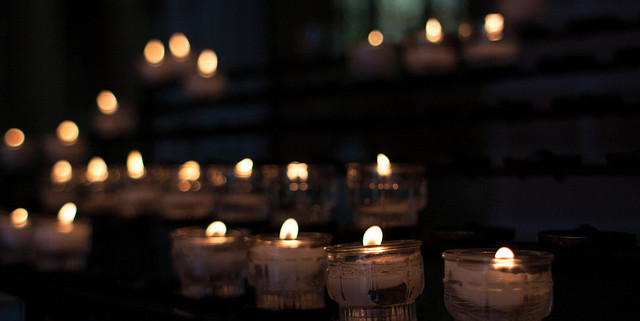 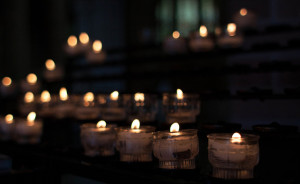 “Service has handed me a candle, per se, in order not to stumble in the dark tunnel of death. Although discovering the true nature in others is hard to do, group service can unlock the secrets of the person faster than singularity. Putting a community of spirits together to bring forth a whole new batch of lights is the best possible way.” Photo Credit: Mathias Erhart//flickr

The true meaning of life is not able to be comprehended by one mind alone, as most philosophical ideas are created and sustained through the work of a group. The group that I found at Camden allowed me to realize that God is truly in all things.

Service has handed me a candle, per se, in order not to stumble in the dark tunnel of death. Although discovering the true nature in others is hard to do, group service can unlock the secrets of the person faster than singularity. Putting a community of spirits together to bring forth a whole new batch of lights is the best possible way. Forming this community creates one spirit, just as the Holy Spirit came upon the Apostles at Pentecost.

Not only can we see this life for ourselves, but we can also give it to others. And that’s the key. For one man may have given us eternal life, but many will give us hope. I can’t fathom my own existence, but spending time with others gives me a sense of reality and community. Loving and caring for others is the true meaning of life, as being there and present within different communities can make such a vast impact on those around me.

Truly giving myself for others is what I can achieve, and because I can’t even begin to realize who I really am—my personhood, my spirit, my soul—I can at least try to help others find themselves. Considering myself a lost cause is pessimistic, I know, but it’s true. My conscience and constant self-reflection have told me that. Private life may have revealed my true nature, but my public life needs to change for the better. Bringing what I gained from service into my mind has opened a window to allow me to see outside myself in a whole new vision. Yet what I’ve realized is that I can’t show my true being to others if I don’t even know it myself. This reflection is despairing, but I will not fret! Although I may not be able to comprehend my own existence, I can still help others to find their being, their person, and their soul. It’s still to be found, as everyone has time to uncover their own life secrets and beautiful connections with others.

I have just realized that the song I am currently listening to on the plane home pertains directly to Camden and the Urban Challenge. In “Verge” I hear many phrases that denote life on the edge, in other words, on the margins, and it is exactly how Fr. Greg Boyle, S.J., describes it. It’s crazy how I can think that “edge of the earth” and “top of the world” point to Camden. It may not be top; it’s poor, dangerous, and filled with anger and despair. Yet, we nine on the Urban Challenge made it our priority, our top of the world. We all decided to take a week from our summer and throw ourselves into a new place. We literally traveled to the edge of the United States to be served by God’s hands through God’s people, but we also figuratively went to the edge of the margins to try and help those who are outcasts and don’t receive the love that every human deserves.

Camden’s not a place of sadness or despair or anger or even hate; it’s full of love, happiness, smiles, laughter, and sunshine. It’s the people that matter, and whatever their situation or place in life, they are part of God in my soul, my heart, my brain, and now they’re part of my life. So I wanted to share them with you. I now have the means to live for them and try my hardest to give them something greater than what they have, and that’s why I’m here today. I can’t just live for others, but I have to live with others, giving of myself to other people, no matter the cost to my own being. My true calling is not one that includes me in that picture; the focus is on others.

At Camden, I found this “different” version of myself. In those who served me, in the drizzles of rain, in the bark of a dog I found life. I found God. It’s not just the presence in Camden, and although that’s a big part, the true experience came from throwing myself into a whole new environment, one spurred by injustice, prejudice, and loathing. Camden can truly be a city that represents all of the negative aspects of urban life, and easily. In contrast, it also holds people and places that trigger experiences filled with prayer, community, and love. It’s these scenes that form my opinion of Camden, as I formed bonds with not only my SLUH brothers, but also those around me.

I count myself lucky to be able to go on this immersion trip, and what I really enjoyed was the fact that, in learning at Camden, I was the one served. I helped do work and talk with people at the sites, but I wasn’t giving them service; they were giving it to me. This reversal of roles is what defines service at SLUH, and especially outside of it. I have learned that no matter what service site I go to, I am looking for something in return that will transform me into a person that truly loves others for what they are in spirit, not their surface appearance. It’s this experience that has invigorated me with the energy and love to go out and be a “man with others.”

I would, without a doubt, encourage other students to go on this trip, and I am very fortunate, as I will get the opportunity to go on this trip twice while I am at SLUH. The experience was riveting, and every site gave new insight into Camden’s nature but also my own.

Sam Chechik was raised in Saint Louis, Missouri. At his grade school, Saint Stephen Protomartyr, he got his first taste of service. After writing many reflections and going on multiple trips, he decided that this was something he wanted to continue for the rest of his life. Before high school, he worked with Saint Vincent de Paul, homeless shelters, and food pantries in the Saint Louis area. In grade school Sam’s passion for social justice was born, but it only started enkindling throughout his high school years.

Currently, Sam is a junior at Saint Louis University High School. During his first two years at SLUH, he has been involved in numerous activities. Besides being core staff on the school’s weekly student newspaper, the Prep News, he also advocates for social justice through Pax Christi, the SLUH social justice club. Having attended the Ignatian Family Teach-In the past two years, he has found a burning passion for social justice. During the Arrupe Leaders Summit in February 2015, Sam realized the true impact of social justice in the world. Back in Saint Louis, Sam heartily enjoys traveling weekly to different service sites around SLUH, and he found that joy culminate in his trip to Camden, New Jersey, for the Urban Challenge, a week-long trip to serve the underprivileged. Besides service, he also works closely with the Pastoral Team by helping to organize Masses, prayer services, and team-building activities. He remains active in the Campus Ministry program, even receiving an award for that same participation his freshman year.

Sam’s love for social justice can be summarized in one word: zeal. A synonym for passion, this word denotes the unfiltered fervor for one particular subject, that is, social justice. It is the enthusiastic desire to be immersed in something uncomfortable and love every minute of it. It is the true passion for social justice and the love of those who are mistreated in the world. The issues Sam loves to discuss are fair trade, immigration reform, and capital punishment. You can contact Sam at 2017109@sluh.org if you’re interested.

Reflections from Ecuador: Called to Serve
Scroll to top
Shares
Share This