Blog - Latest News
You are here: Home1 / Voices for Justice2 / Environment3 / World leaders in Paris at COP21, Pope in Africa 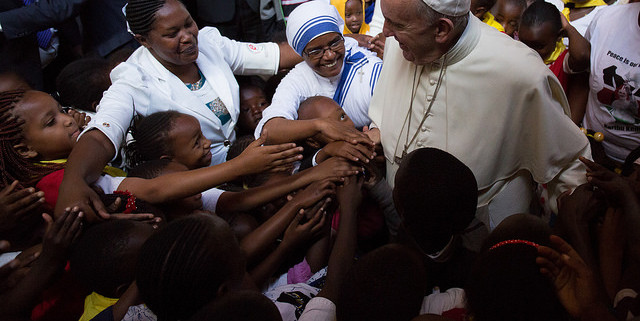 Editor’s Note: This post was originally published at EcoJesuit and has been re-published with permission.

It is no coincidence Pope Francis is in Africa while world leaders gather in Paris in the run-up to COP21. As part of a high-level Vatican strategy to catalyze action on climate change – in which Laudato si’ (LS) was a timely and well-planned element – Francis wants to offer a complementary view from the South, where the consequences of climate disruption and many other social and environmental ills are affecting the lives of millions. 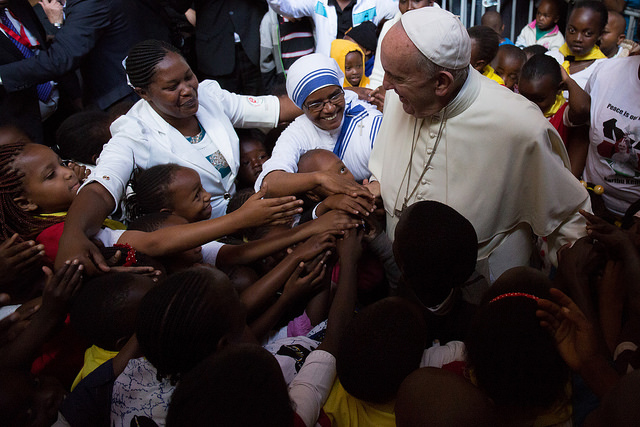 In other words, the bishop of Rome wants to bring, as it has always been the case for the Church, the social justice issues to the front and center of the climate debate. Will the heads of state gathered in Paris hear his message?

The short-sightedness and national interests that brought the Copenhagen Climate Change Conference (COP15)  to a dead end is something humanity cannot tolerate again. “It would be sad, and I dare say even catastrophic, were particular interests to prevail over the common good and lead to manipulating information in order to protect their own plans and projects,” said Francis during his speech at the global headquarters of the UN Environmental Programme in Nairobi, Kenya a few days ago.

The link between the protection of nature and the building of a just and equitable social order is one Francis has denounced over and over during his papacy. “Climate change is a global problem with grave implications: environmental, social, economic, political and for the distribution of goods. It represents one of the principal challenges facing humanity in our day” (LS 25). Our response to this challenge “needs to incorporate a social perspective which takes into account the fundamental rights of the poor and the underprivileged” (LS 93) for “the misuse and destruction of the environment are also accompanied by a relentless process of exclusion” (Address to the UN, 25 September 2015).

While the connections between environmental and social problems are global, there are particular issues that are distinctively local such as wildlife poaching, environmental refugees, and rapid urbanization.

These are social and environmental problems the Pope denounced, and both are unmistakably major concerns in Africa: “Illegal trade in diamonds and precious stones, rare metals or those of great strategic value, wood, biological material and animal products, such as ivory trafficking and the relative killing of elephants, fuels political instability, organized crime and terrorism,” said Francis in Nairobi.

The other recent phenomenon affecting many African nations is displacement fueled by land grabbing, desertification, and armed conflict: “There has been a tragic rise in the number of migrants seeking to flee from the growing poverty caused by environmental degradation. They are not recognized by international conventions as refugees; they bear the loss of the lives they have left behind, without enjoying any legal protection whatsoever” (LS 25).

The third social and environmental challenge seen is the rapid process of urbanization taking place in the South. In too many cases, it has unfortunately led to a “disproportionate and unruly growth of many cities, which have become unhealthy to live in [and] inefficient” (LS 44). It is no wonder that, in front of the heartbreaking poverty that Francis witnessed while bishop of Buenos Aires, he acknowledges the troubling symptoms of a social breakdown which spawns “increased violence and a rise in new forms of social aggression, drug trafficking, growing drug use by young people, and the loss of identity” (LS 46), a lack of rootedness and social anonymity (LS 149).

In front of the sheer complexity of these challenges, Francis reaches out to the consciences of those gathered at COP21: “This situation too is a cry rising up from humanity and the earth itself, one which needs to be heard by the international community.”

The full text of the speech of Pope Francis at the global headquarters of the UN Environmental Programme in Nairobi, Kenya last 26 November 2015 can be read and downloaded here.

Editor’s Note: This post was originally published at EcoJesuit and has been re-published with permission.

Jaime Tatay is a Jesuit priest and a forest engineer currently living in Madrid, Spain. He is working on a doctorate in social ethics and is involved in campus ministry (and he doesn’t hike as much as he’d like to). 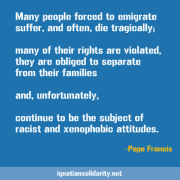 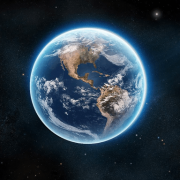 Wondering About the Planet We Call Home 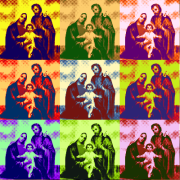 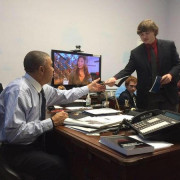 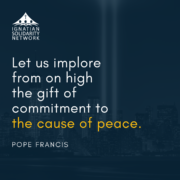 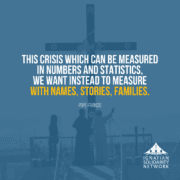