Blog - Latest News
You are here: Home1 / Voices for Justice2 / Central America3 / On the Death of a Hero 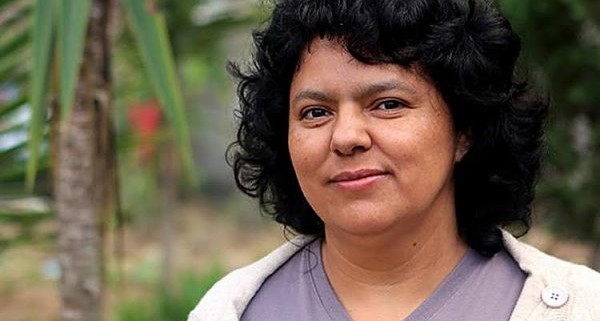 Editor’s note: Today’s post comes from Dany Diaz, a 2011 graduate of John Carroll University and a native of Honduras.

Berta Cáceres was a Honduran environmentalist, community organizer, and human rights activist killed in her home on March 3.

From an early age, she fought injustices in a country plagued by inequality, and long governed by the politics of fear. She became a student activist and went on to found an organization that defends indigenous people’s rights, advocates inclusion, and promotes the protection of natural resources. In 2013, Berta successfully led the indigenous Lenca community in opposing the illegal construction of a dam site in the sacred Gualcarque River. 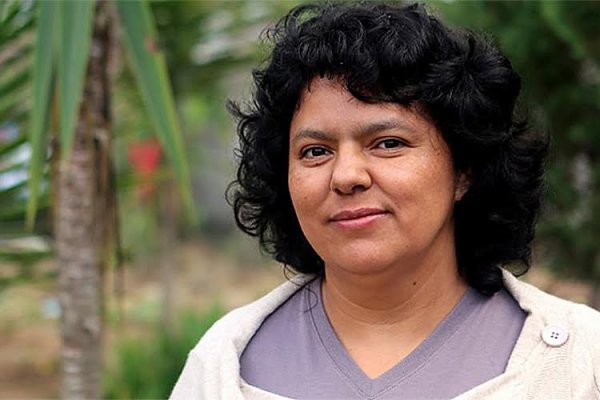 She was a hero because she reminded us about who we aspire to be at our best. In a country marked by exclusion, she stood up to the voices that questioned her right to be here. She refused to accept the role that society wanted to impose on her as a woman, as a member of the working class, and as a member of the Lenca people. Instead, she became one of the most powerful and fearless voices in our country. In the face of elitism, her voice invites us to rise above our sense of inadequacy and rebel against the myth of poverty as a source of unworthiness.

Berta met her fate when cowards shot her while she slept. Every step of her life took her to that moment. How many more of us shall meet a similar destiny for speaking the truth? Berta’s death reminds us of the price we must all pay to make a better world. Her life is an essential part of our long-term story that does not end with Berta.

Honduras has lost a lot throughout the years. We have lost youth, civil liberties, dreams, and perhaps even some hope. But today Berta reminds us that we have not lost our ability to be moved to the point of indignation. We live in one of the most dangerous countries in the world, but we are still shocked, still wounded by injustice. And this vulnerability is in fact our hope.

There’s a part of our Central American spirit that does not allow us to give up, or simply accept as inevitable the way things are. Instead, we know we have to wrestle with some uncomfortable questions. If Berta was not safe, who then is safe? The Honduran elite might believe that safety can be bought with private security. But who can be safe in a country where the expression of our very ideals is in danger?

This crime needs to be resolved—not only for the sake of justice but also because of its symbolic value. If our ideals can be destroyed with no consequence, no one will be truly safe. It is not only our physical safety that is at stake, but also our nation’s morality.

The Honduran government needs to take this death very seriously by relentlessly pursuing the truth, wherever it leads. We must also create a legal framework that protects advocates and political activists, just as we provide security for our members of Congress. We cannot let this death end in impunity like the deaths of activists Jeanette Kawas 21 years ago or Margarita Murillo two years ago. This is an opportunity for the Hernandez administration to prove its interest in prosecuting crimes and not only in militarizing the country.

Discernment for the Catholic Millennial
Scroll to top
Shares
Share This