Blog - Latest News
You are here: Home1 / Voices for Justice2 / We are all American 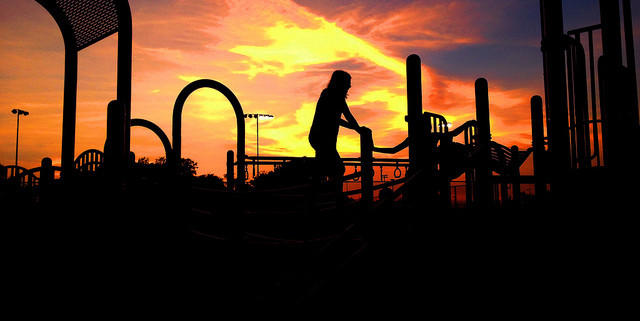 Editor’s Note: This post was originally published in the Carroll News, the student newspaper of John Carroll University. 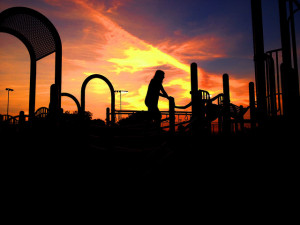 In the outskirts of Chicago, a young father takes his children to the playground. Like any proud dad, his grin overtakes his kind face as he watches his children collapse in laughter.

When the sun wanes in the overcast sky, his smile is replaced with an all-too-familiar nervousness. As a Muslim man, this is the hour when he is to say his prayers. On any other day, he would have laid down his prayer rug and shown his devotion. Today was different. In the wake of shootings in San Bernardino, Rumi Nashashibi takes pause as he fears that doing something as beautiful and human as thanking God could put his family in danger. Just as he decides to keep his identity hidden that day in the park, his seven-year-old daughter gingerly tugs on his pant leg. “Isn’t it time to pray?” she asked. Although fear crippled his heart, he remembered the bravery of men who faced adversity before him. He looked his daughter in the eyes and laid down to pray with all the faith he could muster.

I cannot remember a time in which the grips of misplaced hate and fear controlled our nation so profoundly. In 2016, we fear “others” for the color of their skin, the country to which they belong to, and the savior to which they pray to. Although every point of contention that I just listed warrants an entire novel, my heart, today, is especially troubled by America’s Islamophobia.

Whether the hate comes from the words of hate-spitting presidential candidates or the fear of the violent unknown is inconsequential. Despite the violent actions of a select few, we must not outsource anxiety to men and women who share our country entirely peacefully. Lately, we seem to have forgotten how to do a very simple thing: look into the eyes of another person and see ourselves.

The man whose story I told earlier was also discussed by President Obama at his 2016 prayer breakfast. Nashashibi runs an inner-city mosque on the south side of Chicago, the one, you might recall, to which the president himself recently paid a visit. In terms of Muslim academics, Nashashibi is one of the best. Holding degrees in sociology, theology and Muslim studies from the University of Chicago Theological Seminary, one could be so bold as to say he’s a bit of a master. If he, one of our country’s premier Muslim thinkers, is afraid to lay down his rug and pray, we are failing each other as Americans in a crippling, all-encompassing way.

I have long recalled a conversation that I had two years ago when I contemplate instances of hate. I was volunteering at 2100 Lakeside Avenue, a men’s homeless shelter situated in the blustery lower east side of Cleveland. As I unsuccessfully helped the chef prepare that evening’s meal (my lowest grade in high school was Home-E.c.), I also did something that I’m much better at: chat. Although admittedly his name eludes me, I remember him distinctly telling me about facing prejudice as an African American man in his former home, the deep south. As he filled the air with stories of overt racism, he paused and said, “You know what, though? They don’t scare me. My aggressors and I, we breathe the same air. I forgive them.”

What courage, I thought.

He, like Nashashibi showed immense faith when it is next to impossible to possess it. We have created a culture where the oppressed are expected to fix their own hardship and the oppressors are coddled in their cowardice. That’s not a world I want to live in.

Our president addressed this very epidemic of fear at the aforementioned prayer breakfast. His remedy for curing our country’s ailment? Faith.

During his address, Obama told the story of faith in a group of undercover American soldiers attempting to save Jews during the Holocaust. One day, the Nazi captors ordered the combined groups of Jews and American soldiers to identify who among them were Jews. A young American (and Christian) sergeant ordered his 200 men to line up in formation with the Jewish captives. In confusion, the Nazi stuttered, “I only asked for the Jewish POWs. These can’t all be Jewish.” The American sergeant said, “We are all Jews.” The colonel took out his pistol and held it to the Master Sergeant’s head and said, “Tell me who the Jews are.” He repeated, “We are all Jews.” The Nazi relented, and no one was killed.

In an act of faith and patriotism, the American sergeant confronted his own fear and death by uplifting the value our connected lives, not tearing people apart.

This is a lesson we so desperately need to learn. There is nothing patriotic about hate. While it is easy to fall prey to resentful ideologies as our country bears the weight of great change, we must remember that we belong to one another. We are all people. We are all valuable. We are all American.

Mary Frances is a communications and political science double major at John Carroll University, an intern with ISN and the Editor-in-Chief of The Carroll News.