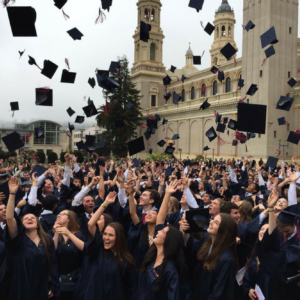 Named after longtime SI president Fr. Tony Sauer, S.J., the academy will eventually offer 6th, 7th and 8th grade boys and girls from economically disadvantaged backgrounds a Catholic, Jesuit education with the expectation that these students will matriculate directly into SI for high school.

In making the announcement at the school’s annual President’s Cabinet dinner, SI President Fr. Eddie Reese, S.J., noted that “there is no clearer path out of poverty than education. Our goal is to offer a rigorous preparation for high school to low-income students from San Francisco public schools. The Sauer Academy will prepare these boys and girls for an SI college preparatory education providing them a clearer path to college.”

Academy students will be accepted based on their academic ability, recommendations and demonstrated financial need and take part in an extended school day and longer school year than their high school counterparts.

The Academy will be held on SI’s main campus and will begin with 25 to 30 sixth graders, with the addition of one new grade over the next two years.

“Our goal is to sustain Sauer Academy through an endowment,” added SI’s Vice President for Advancement Joe Vollert ’84. “SI is actively seeking partners to make this new project a reality.”

Sauer Academy’s mission draws from the rich history, spanning more than forty years, originating with the Jesuit Nativity Model schools and Christian Brothers San Miguel schools.  These schools are all “free-standing” middle schools. Sauer Academy is the second such school to adopt a model of integration with a high school campus — Loyola Academy at Brophy College Preparatory in Phoenix, Arizona, opened six years ago, and similarly offers a high school-preparatory tuition-free model of middle school education. 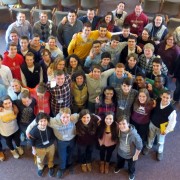