The presidents of Catholic Charities USA and the Catholic Health Association have joined 70 Catholic women leaders speaking out against what they describe as the “toxic politics of fear” in the 2016 election.

“The demonization of Muslims, refugees and immigrants is antithetical to Christian discipleship,” the leaders wrote in a statement that will be published as advertisements in Our Sunday Visitor, National Catholic Reporter and America magazine. “It offends the Gospel, betrays our nation’s highest ideals and diminishes human dignity.” As an election characterized by increasingly aggressive sparring between Donald Trump and Hillary Clinton moves into its final weeks, the leaders make an appeal for higher ground.

“At a time when nearly 1 in 5 children grows up poor, thousands of migrant children are torn from their parents, and when so many families are excluded from economic opportunity, the urgency of our collective task is bigger than our partisan preferences or personal ideologies.” 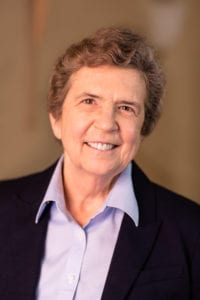 Along with Sr. Donna Markham, President and CEO of Catholic Charities USA and Sr. Carol Keehan, President and CEO of the Catholic Health Association, 2015 ISN Holstein Award winner, and member of the Georgetown University Board of Directors, other prominent signers include Patricia McGuire, President of Trinity Washington University; Helen Alvare, a law professor at George Mason University who was formerly a spokesperson in the pro-life office at the U.S. Conference of Catholic Bishops; Sr. Simone Campbell of NETWORK and a keynote speaker at the 2012 Ignatian Family Teach-In for Justice; and Sr. Joan Marie Steadman, Executive Director of the Leadership Conference of Women Religious. Women from Jesuit universities also signed, including Jordan Denari Duffner of  The Bridge Initiative at Georgetown University, who has been a mainstage speaker at the Ignatian Family Teach-In for Justice; Erin Brigham, Director of the Lane Center for Catholic Studies & Social Thought at the University of San Francisco; Kathleen Maas Weigert, Ph.D., Professor of Sociology at Loyola University Chicago; Susan Ross, Ph.D., Professor of Theology at Loyola University Chicago; Jeannine Hill Fletcher, Professor of Theology at Fordham University; and Nancy Pineda-Madrid, Ph.D., Associate Professor of Theology and U.S. Latino Ministry at Boston College.

The group cites Pope Francis in highlighting the Church’s broad commitment to life and human dignity. “Our faith calls us to affirm the sacred dignity of all life,” the leaders write. “This is why our Church defends life in the womb, the undocumented immigrant and the inmate on death row. As Pope Francis reminds us, we must also say no to an ‘economy of exclusion and inequality’ that ‘kills,’ and act to address environmental devastation that is disproportionately hurting the poor.”

The statement, coordinated by Faith in Public Life will be published as an advertisement in Our Sunday Visitor in the Oct. 30 issue,  in the National Catholic Reporter on Nov. 4 and in America on Nov. 7.

The full statement and list of signers can be found here. 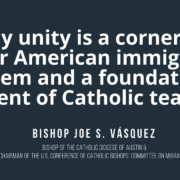 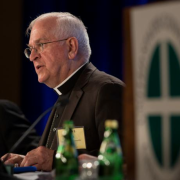 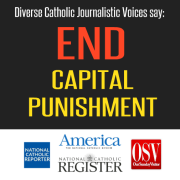 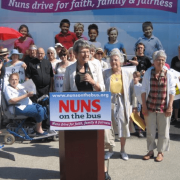 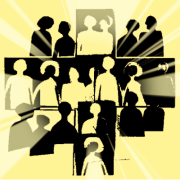 Synod: Guide Us to Hold in Love All Families
3 replies