My placement site in the Twin Cities, The Advocates for Human Rights, is currently undergoing the interview process for next year’s Jesuit Volunteer. I now sit on the other side of the Skype screen to interview potential candidates, and I distinctly remember being the interviewee. I remember finding a spare office at my on-campus job to tuck myself away in for my JVC placement interview, and making sure I had my resume and application printed out and next to me. It’s strange to think it’s been almost a year since my interview.

I think about all the people I have met since starting my service year in the Twin Cities. It’s strange to think that I had no idea who my community members were before August. Or prior to my commitment to live with them for a year. 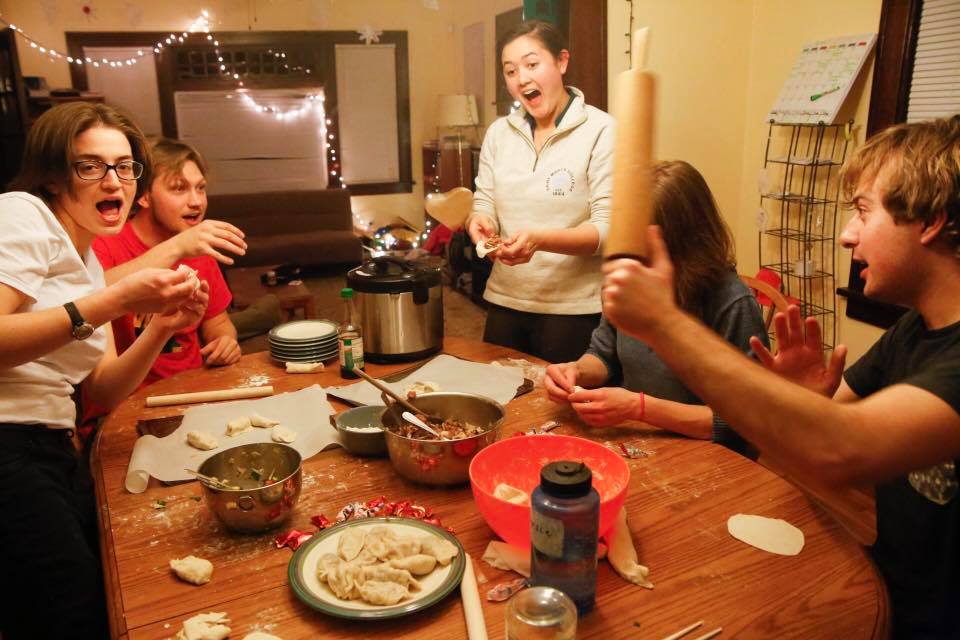 The author and her JV community making dumplings for the Chinese New Year.

JVC recently sent out a mid-year survey. One of the questions had me rank where I found support in my community. Some options were finding support through FJVs in the city, our community support people, friends and family back home, or my fellow JVs in community. What wasn’t listed as an option was the community I’ve made in the Twin Cities, outside of the JVC context.

As I was reading over the short essays from the JVC applicants I interviewed for my placement site, I recalled seeing one of the questions before. The one about being a guest in the host city. I don’t remember what exactly I wrote before, but I know one of my goals for moving to the Twin Cities was to put down roots.

At the beginning of the year, I thought I wouldn’t want to stay in Minnesota after my JVC year. But I didn’t want to just enter and exit without getting to know anyone. A hope was to make friends I’d keep talking to even if I moved back home to California when the year ended.

Because I wanted to forge relationships and form friendships despite being a guest or temporary member of the community, I’ve befriended several native Minnesotans. With one Minnesotan, I text back and forth about what we’ve learned from our personal studies of the Word of God. I have also joined a group through the church I attend that has welcomed me in as part of their “family.”

However, I have wondered if people in the greater Twin Cities community may have held back in getting to know me, because to introduce myself I’d say, “Oh, I’m part of this year-long service program…” Despite what others may believe of someone in this position, I’ve made a habit of intentionally pursuing friendships in my placement, church, and studies. I want a sense of belonging by creating a home in whatever city I find myself serving in. God has placed me in Minnesota, and through placing my trust in His guidance, I have been able to be faithful with my place in life.

When my Minnesotan friends find out that I’m leaning towards staying in the Twin Cities, they tease me about having fallen in love with Minnesota. Possibly—some of the ways I’ve spent my spare time include: ice skating more times since I’ve moved here than my entire life before, biking to and from work and throughout the lake lands, visiting local restaurants and stores, and in general, intentionally pursuing sunshine like I’ve never had to before (again, I’m from California).

It would be more accurate to say that I feel led to stay here. This guidance exists without much concrete reasoning behind the thought. I feel a pull towards these twin cities because of the lessons and growth I’ve experienced since moving here. 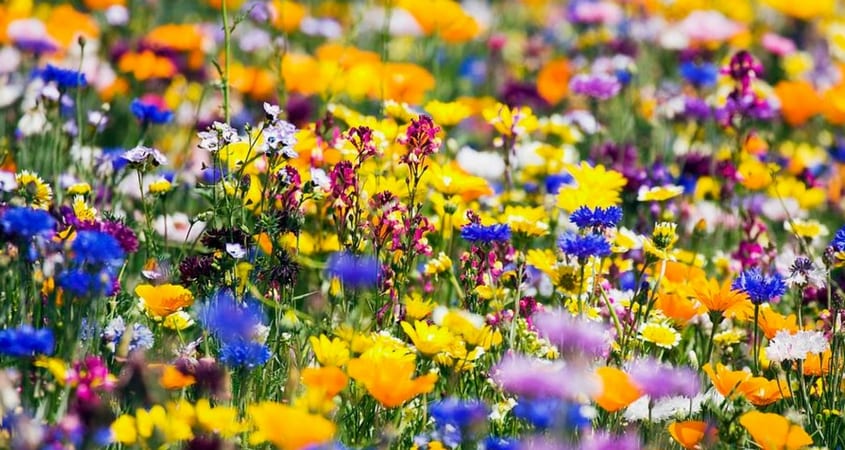 I’ve been exposed to a diversity of opinions and have gleaned quite a bit of knowledge at my placement, such as how a non-profit organization works and the process of seeking asylum. Before starting at my placement, I felt rather unqualified, but I am more assured that I have been able to pick up where the last JV left off with opportunities to capitalize on my strengths in my position.

I would also say I’ve grown quite a bit spiritually—it’s definitely a commitment to try to remain in Jesus daily. Nevertheless, Psalm 34:8 is a reality for me now. I have tasted and seen that the Lord is good, and with that in mind, I’m making the decision to be baptized on Easter.

I hope that in my remaining months as a Jesuit volunteer, my roots continue to grow deeper and my bloom produces fruit in the lives of others. 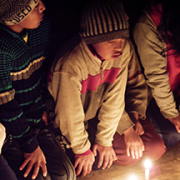 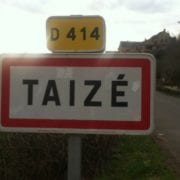 Taize Prayer: A Personal Tradition of Self-Care and Community 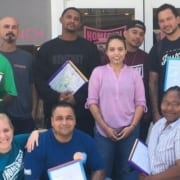 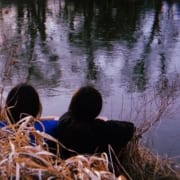 Day 30: A Drop of Change
Scroll to top
Shares
Share This