Editor’s Note: This post will be updated with additional statements as they are made available. The listing of quotations/statements is not exhaustive. To request the addition of a Jesuit institutional leader statement please e-mail Kelly Swan at kswan@ignatiansolidarity.net.

Americans and the world witnessed the realities of racism, bigotry, and white supremacy that continue to plague our nation, through the events last weekend in Charlottesville, Virginia.

The following are brief quotations from broader statements made by leaders of many institutions in our Ignatian family across the U.S., particularly Jesuit colleges and universities. The words in these statements are tremendously important, but will not be realized without action. Each and every individual affiliated with the Ignatian network must engage in the work of building a more just society where all people are treated equally.

In the coming weeks and months, we will be featuring other voices in the Ignatian family engaged in work for racial equality (students, faculty, administrators, parishioners, etc.). If you would like to share your thoughts, please reach out to us at info@ignatiansolidarity.net.

“We must acknowledge that racism pervades our entire society, and that continuing the work of ensuring that all people of all races, ethnicities, and cultures or cultural origins – whether they live in Virginia, in Spokane, or right here on the campus of Gonzaga University – are worthy of honor, respect, equitable treatment, and inclusion in every aspect of our work and agency.”

Thayne McCulloh, Ph.D., president of Gonzaga University, issued a statement that included the above quote. The statement was published on the Gonzaga website and affirmed Gonzaga’s solidarity with all those who oppose hate, prejudice, and racism.

Rev. Stephen V. Sundborg, S.J., president of Seattle University, issued a statement that included the quote above on August 14, 2017 which was published on the university website.

“As Lions, we celebrate, honor, and cherish diversity, inclusivity, and justice rooted in the belief that we are all sacred children of God.”

“Our cultural, racial, socioeconomic, religious and identity differences, when acknowledged and engaged, can transform us, and help us become more open, loving, just and compassionate.”

Rev. Philip L. Boroughs, S.J., president of the College of the Holy Cross, offered the above as part of a longer reflection on the events in Charlottesville and local responses during a campus prayer service on campus on August 14, 2017.

“Hatred and bias based on race or ethnic background are the antithesis of our Jesuit heritage and the values we strive to uphold; we must teach others that tolerance, compassion, and acceptance are among our core beliefs.”

Linda LeMura, Ph.D., president of Le Moyne College is quoted here as a part of a statement posted on the university’s website on August 14, 2017.

“The bigotry and hateful violence we have seen is counter to the Jesuit values that guide Creighton University, and has no place in our society. We must continue to educate and form agents of change to bring about a more just community, nation, and world.”

Rev. Daniel S. Hendrickson, S.J., president of Creighton University offered the above quote as part of a longer statement posted on his university Facebook page on August 14, 2017.

“Fordham University stands against everything the marchers represent—the hate, the bigotry, the profound ignorance, the casual cruelty, and the violent and vicious expression of those views. Such ideas and sentiments have no place in a civilized society, and of course are completely antithetical to both the Gospel values and Jesuit beliefs that have always guided the University.”

John J. DeGioia, Ph.D., president of Georgetown University, shared the following message on his Facebook page where he invited the campus community to attend the campus’s daily mass on August 15, 2017, intentioned for the people of Charlottesville.

“We must be aware of how real and destructive racism can be and how profoundly it affects each of us, but particularly those members of our community who are persons of color. We must also embrace our brothers and sisters who feel they are being threatened or persecuted for their religious beliefs.”

Rev. Brian F. Linnane, S.J., president of Loyola University Maryland, shared the above quotation as part of a full statement to Loyola community on August 15, 2017.

“With educated minds and hearts, we condemn the actions of anyone who affiliates with groups – white supremacists, KKK, neo-Nazis – whose histories are murderous attempts to silence others.”

Jeanne Colleran, Ph.D., interim president of John Carroll University, shared the above quotation as part of a statement to the campus community on August 15, 2017.

“We at USF need to be a beacon of hope and an example of inclusive excellence, where all of our community members, and especially our African American sisters and brothers, sense the full and vibrant support of the whole of us.”

Rev. Paul Fitzgerald, S.J., president of University of San Francisco, shared the quote above as part of a statement that was e-mailed to the campus community on August 15, 2017.

“As a Jesuit, Catholic university, we condemn all forms of hate speech, racism, intolerance, and social injustice, for they fly in the face of our deepest values and our mission’s fundamental belief that all people are children of God, worthy of dignity and respect.”

Rev. Kevin Wildes, S.J., president of Loyola University New Orleans offered these sentiments as part of a message sent to the campus community on August 15, 2017.

“It is times like these when we must act, especially as we strive to stand in solidarity with those who are subjected to bigotry — those whose voices are muffled by the oppressive rhetoric and actions born from intolerant ideologies.”

Anthony I. Day, president of Loyola Blakefield High School, a Jesuit high school outside of Baltimore, Maryland, offered the above quotation as part of a letter sent to the school community on August 14, 2017.

“In light of the recent events in Charlottesville, we at the Kino Border Initiative unequivocally express our opposition to racism, bigotry and white supremacy in all its forms. Through our mission on the U.S.-Mexico border, we recommit ourselves to be instruments of mutual understanding, solidarity and respect so that these values may fully take root in our society.”

Rev. Sean Carroll, S.J., executive director of Kino Border Initiative, released the quote above to partners and the media. It was shared with ISN on August 16, 2017.

“On behalf of President Mike Lovell, Provost Dan Myers and the many other committed and caring leaders of Marquette University, I am here today to tell you that we reject violence, denounce racism and bigotry, and acknowledge our obligation as educators to lead the way in seeking justice.”

Xavier A. Cole, Vice President for Student Affairs at Marquette University, shared the above quotation in a statement entitled “Racism has no place in a just society,” introduced by university president Michael Lovell.

“[A]s ethicists, we commit—through our teaching, writing, and service—to the ongoing, hard work of building bridges and restoring wholeness where racist and xenophobic ideologies have brought brokenness and pain.”

The above excerpt is from A Statement from Christian Ethicists Without Borders on White Supremacy and Racism, signed by numerous ethicists trained or teaching at Jesuit institutions.

It is our responsibility to live out the values we proudly profess, actively protecting those who are vulnerable to such attacks and working to challenge and uproot injustice and oppression through the power of our moral convictions, the rigor of our thinking, and the depth of our commitment.

The above is an excerpt from Santa Clara University President Michael E. Engh, S.J., and Provost Dennis Jacobs in a message of solidarity, published on August 15, 2017.

“We must be clear and unequivocal: the views of the white nationalists, Ku Klux Klan, neo-Nazi sympathizers and others who gather under the banner of hate and intolerance have no place in the United States of America including Canisius College.”

John J. Hurley, Ph.D., president of Canisius College is quoted here from the statement titled Charlottesville, Canisius and the Task Ahead.

“I want to be very clear about something here: there is no moral equivalency whatsoever between white supremacists or other hate groups and those who oppose them. It is important for me to tell you that Xavier University itself is absolutely clear on the difference and that you hear me. Because unless I tell you, you may wonder where we stand. And if you wonder where we stand, I wonder if we’re standing on the wrong side.”

Rev. Michael J. Graham, S.J., president of Xavier University, addressed the events in Charlottesville very directly during his opening address to Xavier Class of 2021 and their parents on August 17, 2017.

“Reconciliation is at the heart of the gospel, of the mission of our church, and of Jesuit ministry. Decree 1 of GC 36 calls us to be companions of Jesus in a mission of reconciliation and justice. May we redouble both our prayer and efforts in the service of our individual and corporate conversion of minds and hearts away from the sin of racism towards the beauty and truth that all human beings are made in the image and likeness of God.

Very Rev. Brian G. Paulson, S.J., provincial of the Midwest Province of the Society of Jesus, sent a letter to Jesuit and lay partners throughout the Midwest province with the above quote and references to the voices of the U.S. Catholic Bishops and Catholic theologians mentioned earlier in this post.

“All of our hearts need to be transformed by the clarion challenge of the message of Jesus to love and respect one another.”

Rev. Herbert Keller, S.J., interim president of  The University of Scranton shared the above quote as part of a message to the campus community on August 18, 2018 which was published on the university’s website.

“This moment in our nation demands the very best of each of us and all of us, and “the best” is what we should demand of ourselves.”

“In our nation, we continue to feel the effects of division, racism, fear, hate and violence, as most recently evidenced in Charlottesville, Virginia. Our community — built upon respect, understanding of differences, committed to dialogue and compelled by a desire to serve the greater good — will not tolerate racism and must view these recent events as a call to action.”

In a back to school message to the St. Joseph’s University faculty and staff, President Mark C. Reed, Ed.D. shared the above statement. 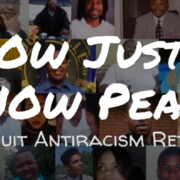 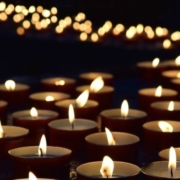 Jesuit Colleges and Universities Condemn Acts of Hatred Against Asian Communities in the U.S. 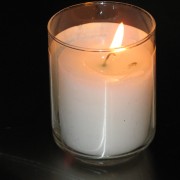 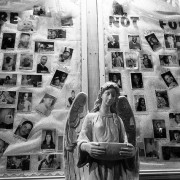 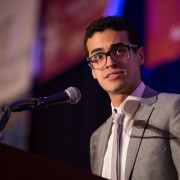 You of Little Faith

Choosing to Listen
Scroll to top
Shares
Share This