On the morning of January 19, 2018 nearly 1,000 individuals from Jesuit high schools, colleges, and universities from throughout the United States gathered at St. Aloysius Gonzaga Church in Washington, D.C., for the annual Jesuit Mass for Life. 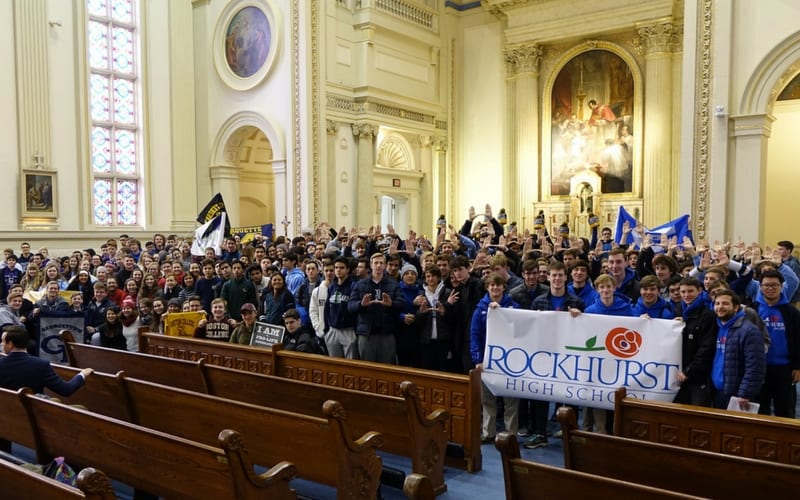 Individuals from Jesuit parishes, high schools, colleges, and universities convene at the 2018 Jesuit Mass for Life.

The mass, sponsored by the Jesuit Conference of Canada and the United States, is celebrated yearly in conjunction with the national March for Life, this year observing the 45th anniversary of the Roe v. Wade Supreme Court decision legalizing abortion on Jan. 22, 1973. 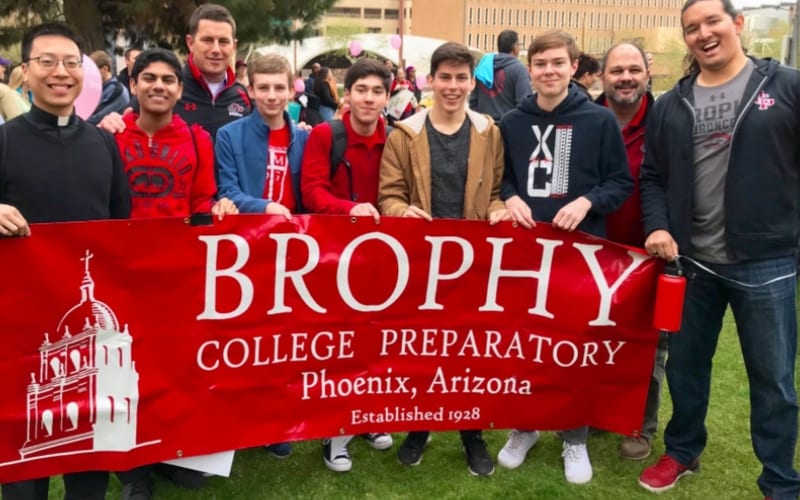 Students from Brophy College Preparatory in Phoenix, Arizona attended the 2018 March for Life.

Fr. Sam Sawyer, S.J., executive editor and the director of digital strategy at America Media, was the main celebrant and homilist for the liturgy. During his homily he addressed the question: “What does it mean to love our enemies in the abortion debate?”

Fr. Sawyer referenced the mutual mistrust on both sides of the abortion debate—and contextualized it in the breadth of division and distrust in the current United States political spectrum. 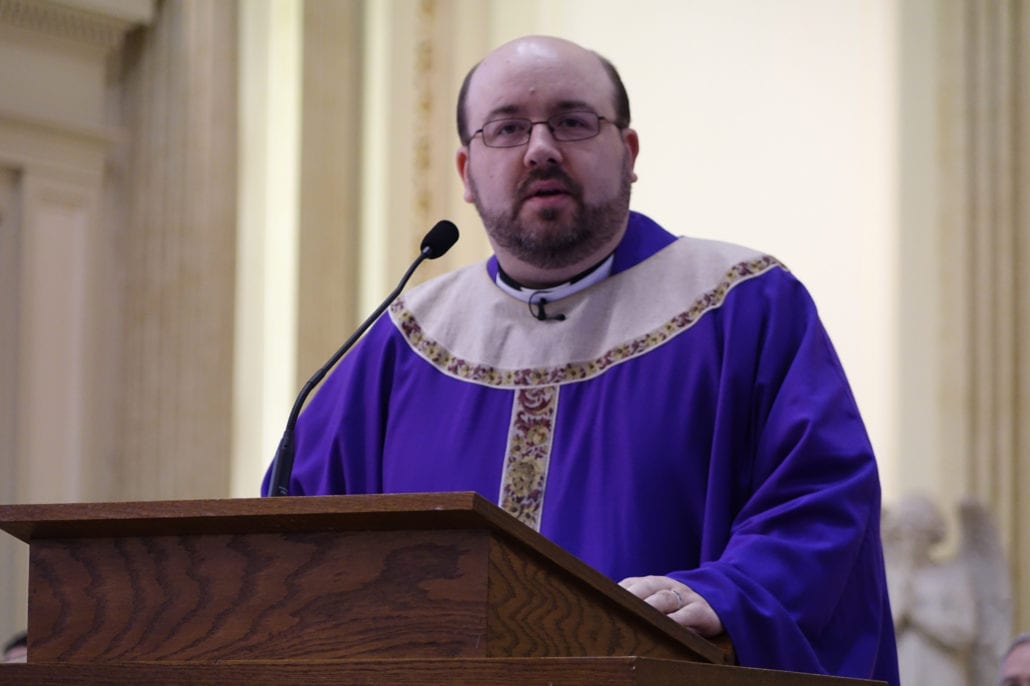 Fr. Sam Sawyer, SJ at the Jesuit Mass for Life.

“On the cross, Jesus calls us to embrace our enemies,” he said, “but we also need to remember how we got to the point of enmity to begin with. We become enemies when we lose the hope of being able to trust one another.”

“But the Gospel does not call us to win. It calls us to love,” Fr. Sawyer concluded, challenging attendees to take up the liturgy’s Gospel call by “truly loving our enemies and walking the extra mile with them,” cooperating with God’s grace. 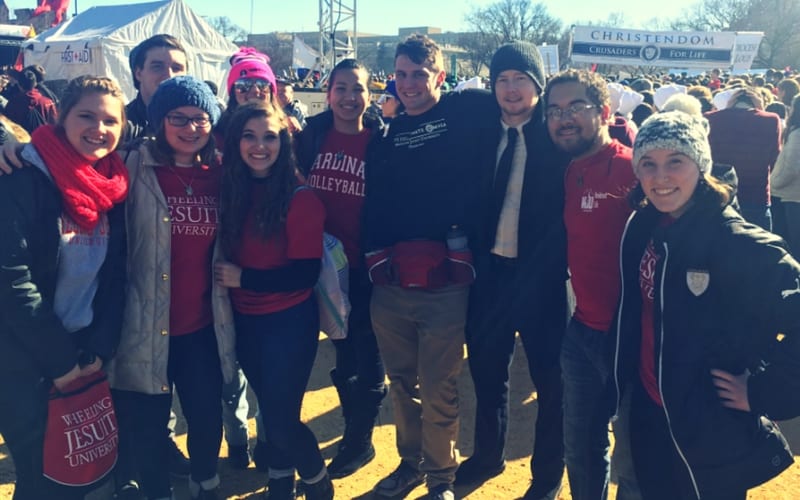 A delegation from Wheeling Jesuit University in Wheeling, WV attends the 2018 March for Life.

On the eve of the Mass for Life, Jesuits in the United States released “Protecting the Least Among Us,” a statement reiterating the Jesuits’ support for the unborn, calling abortion “part of the massive injustices in our society.” 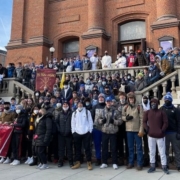