Blog - Latest News
You are here: Home1 / Voices for Justice2 / Christ the King!

As we arrive at the end of the liturgical year, it’s appropriate that the church designates the last Sunday as the Solemnity of Christ the King; for it calls to mind the last day of history, when Christ the King of the universe will come in all his glory to judge the living and the dead.

Then he will separate us, some to his right and some to his left. And to those on his right side he will say, “Come, you who are blessed by my Father. Inherit the kingdom prepared for you from the foundation of the world. For I was hungry and you gave me food, I was thirsty and you gave me drink, a stranger and you welcomed me, naked and you clothed me, ill and you cared for me, in prison and you visited me.”

And then the righteous will ask how was it possible that they actually gave food and drink to the hungry and thirsty Christ? How could it be that they welcomed Christ who was a stranger? And did they ever readily provide clothes for his naked body, or visit him when he was ill or in prison?

And Christ will say, “Amen, I say to you, whatever you did for one of these least brothers of mine, you did for me.”

And these will go off to eternal punishment, but the righteous to eternal life.” 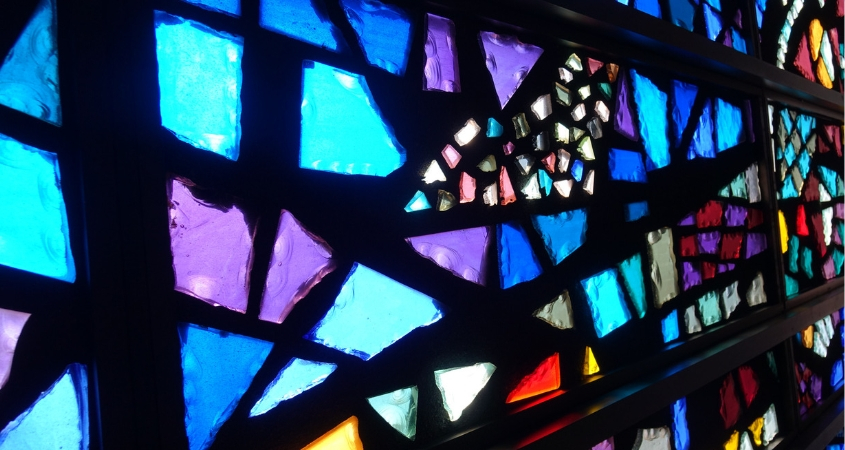 Putting the suffering of the poor and vulnerable at the center of our consciousness, and acting sacrificially on their behalf, is so essential to God that our very salvation hinges on it!

Volunteering at a shelter or soup kitchen, helping out at a crisis pregnancy center, donating money to organizations that serve the poor and vulnerable, and visiting a homebound or sick person are some of the ways we can make a difference in the lives of our hurting brothers and sisters.

But it’s important that we not stop there. As necessary as direct loving service is, there’s the other side of the coin that needs our attention as well: working to eradicate the root-causes of local, national and global injustices like poverty, hunger, homeless, war, abortion and climate change. It’s seriously addressing what Pope St. John Paul II called the “Structures of Sin.”

Uprooting the poisonous weeds of injustice necessitates our commitment to pressure corporations and governments to rearrange their priorities and put the poor and vulnerable first and profits last.

Pope St. John Paul II wrote in his encyclical letter Sollicitudo Rei Socialis (“The Social Concern of the Church”) that “The obligation to commit oneself to the development of peoples is not just an individual duty… as if it were possible to achieve this development through the isolated efforts of each individual. It is an imperative which obliges each and every man and woman as well as societies and nations.”

During the new liturgical year let’s commit ourselves to developing an active lifestyle that sees Christ in the faces of the poor and vulnerable. Then when Christ the King comes in all his glory we will find ourselves on his right side hearing him say, “Amen, I say to you, whatever you did for one of these least brothers of mine, you did for me!”

The Radical Call of Advent
Scroll to top
Shares
Share This