In the wake of ongoing unrest in Nicaragua, Seattle University, in partnership with the Jesuits’ Central and Southern Province, has initiated efforts to support students at the Jesuits’ Universidad Centroamericana (UCA) de Nicaragua. The political and economic crisis and accompanying unrest led to the suspension of academic and campus activities at the UCA since mid-April. 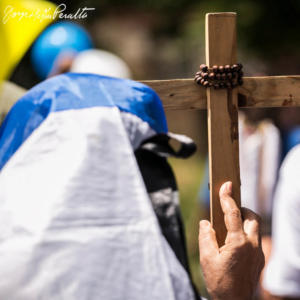 A protestor in Managua carries a cross. [Jorge Mejía Peralta]

From the beginning of the country-wide crisis in April, the UCA has played a pivotal role as a moral voice and place of safety for those calling attention to President Daniel Ortega’s attempts to cut social security funding as well as subsequent state-sponsored attacks on peaceful protests and public actions.

In a letter, Fr. Stephen V. Sundborg, S.J., president of Seattle University, stated that “since July, there have been cuts and delays in the financial support the Nicaraguan government provides to the UCA. This, combined with the economic hardships that the families of UCA students are facing, has made scholarship assistance even more necessary.” The UCA is presently offering online courses to students, yet the loss of government scholarship funds has significantly limited the ability of students to continue their studies. 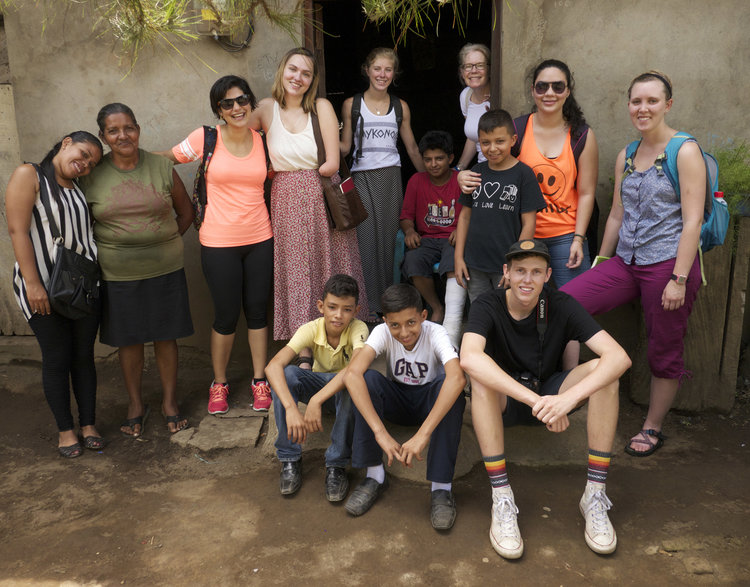 Seattle University has a long-standing relationship with the UCA in Nicaragua. For more than twenty years, the two universities have collaborated to develop the Central American Initiative, a robust faculty and student exchange program and formal research partnership focused on the effects of outbound emigration and inclusion of indigenous, Afro-indigenous, and Afro-descended youth at the UCA. Recent expansions of the endowed program include shared projects with Jesuit universities in El Salvador (Universidad Centroamericana in San Salvador) and Guatemala (Universidad Rafael Landívar). 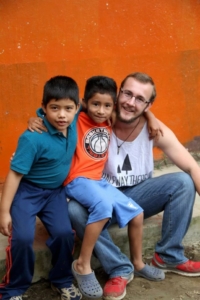 The ongoing struggle in Nicaragua began with nonviolent citizen protests on April 18 after the government announced changes to the nation’s social security system—an effort that was later rescinded by Nicaraguan President Daniel Ortega on April 22 in response to the public outcry. However, the protests continued to arise in response to the broader context of the current government’s consolidation of power over several years. In 2011, the Supreme Court controversially ruled that President Ortega could run for reelection, and in 2014, a constitutional amendment eliminated limits to the number of terms a president could serve, as well as minimum vote requirements. Since April, repressive government tactics used to subdue peaceful civilian demonstrations have led to over 500 deaths and 4,000 injuries.

Learn more and make a tax-deductible donation through the Jesuit Central and Southern Province. 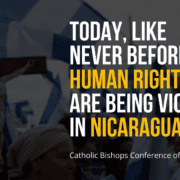 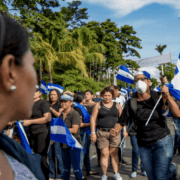 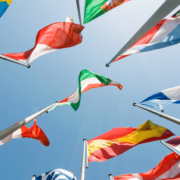 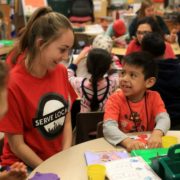 An Examen for White Allies
Scroll to top
Shares
Share This