More than 20 years ago, the Ignatian family first gathered under a tent near Fort Benning in Georgia to memorialize the lives of the six Jesuits and two laywomen killed in 1989 in El Salvador by individuals trained at the Georgia military facility.

The “tent” has grown in these two decades—including this year, into a new virtual gathering space. On March 2, 2019, ISN hosted the first Virtual Teach-In on Migration, an opportunity for the Ignatian family across the U.S. to gather digitally for dynamic speakers, prayer, and reflection opportunities exploring the realities of migration—both on the border and in communities across the country. 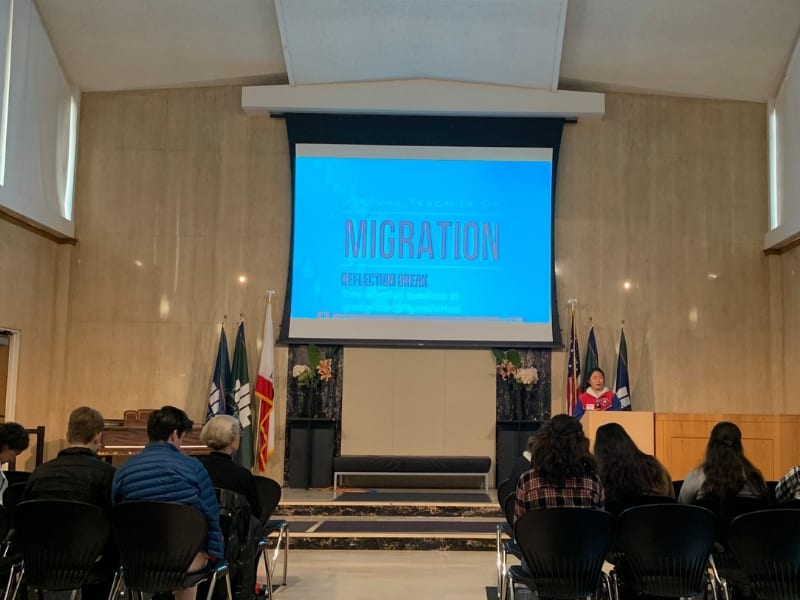 Keynote speakers included Marisa Montes, Esq., founder of the Loyola Immigrant Justice Law Clinic (LIJC) at Loyola Law School in Los Angeles and Fr. Pete Neeley, S.J., associate director of education for the Kino Border Initiative (KBI) in Nogales, Sonora, Mexico and Nogales, Arizona. Montes shared her own family’s immigration story which led her to work in immigration law and powerful stories from her practice at LIJC. Fr. Neeley spoke of the power of accompaniment and listening, witnessed in his work at KBI. 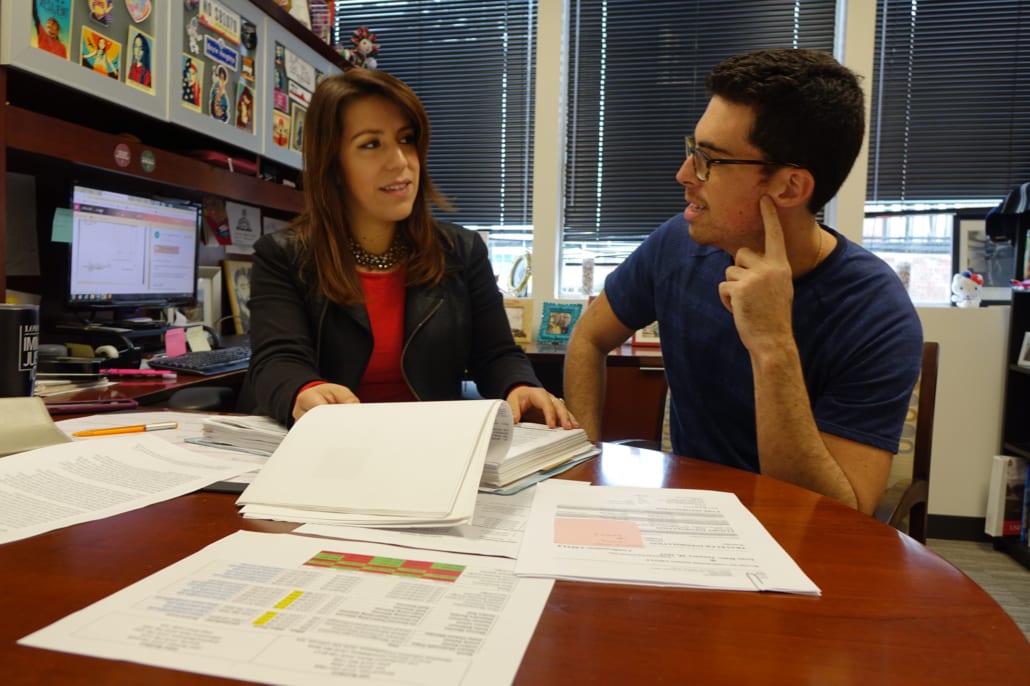 Prior to the Virtual Teach-In on Migration, Marissa Montes, Esq., founder of the Loyola Immigrant Justice Clinic, reviews a case with a student. 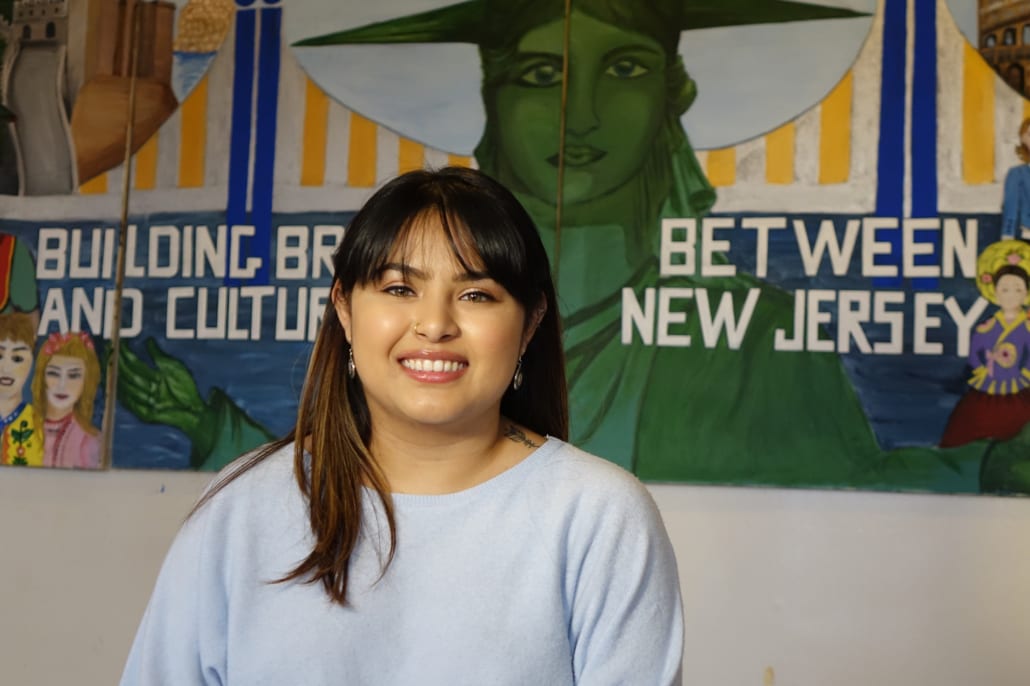 Libreros was joined by Pedro Guerrero, a native of Lima, Peru and graduate and now-employee of Loyola University Chicago, who shared experiences from his time as a volunteer at a detention center in Texas surrounding the family separation crisis.

Participants were invited to utilize a new Ignatian Examen on Migration for opening prayer, and were guided through closing prayer by Loyola Marymount University professor Cecilia González-Andrieu.

Numerous groups gathered around the country for the Virtual Teach-In, including at Creighton University, Loyola Marymount University, and the University of San Francisco (USF). The USF gathering brought together individuals from Saint Ignatius College Prep, St. Ignatius Parish, and the university. 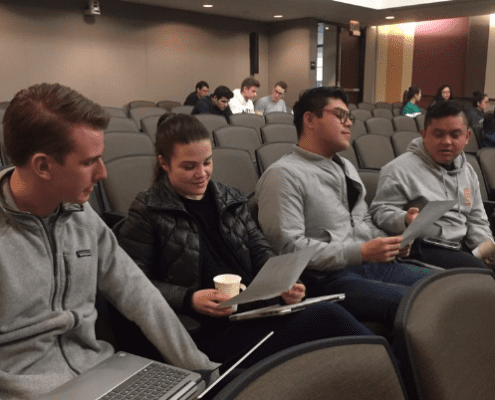 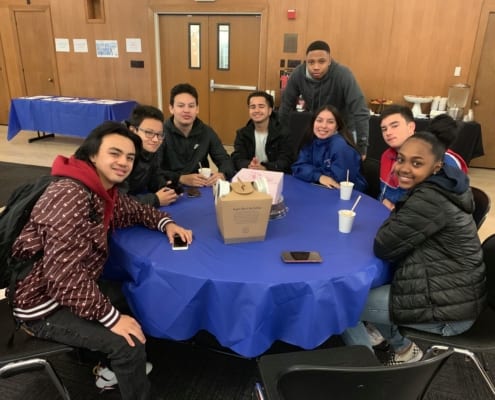 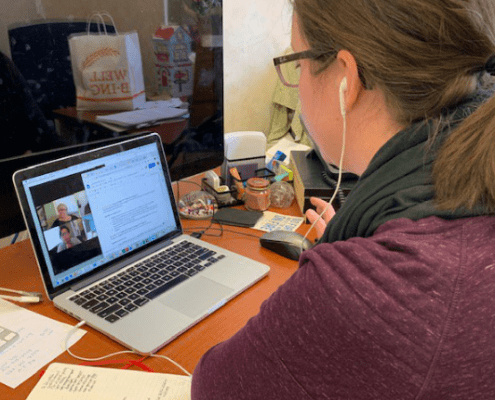 “All of us at the Solidarity Network at St. Ignatius Parish in San Francisco are grateful for the opportunity to engage in ISN’s first Virtual Teach-In,” shared parishioner Devi Zinzuvadia. “It was incredible having the chance to host 50+ members of our local Ignatian family—including high school students, parishioners, confirmation candidates, and members of our wider community—to engage in this work. The thoughtful care everyone brought to considering these migration justice issues, as well as the generous, honest, and prayerful reflections throughout, made the day really impactful for all.”

“[The Virtual Teach-In] challenged me to work on executing more of my ideas,” shared Jocelyn Wong, a junior at St. Ignatius College Prep in San Francisco. “During a reflection period, I thought about the importance of acting in solidarity with others in addition to just feeling pity, something that relates to charity versus justice—a theme we discussed in class. At the end of the event, our teacher, Ms. Sideco, challenged all of us to take some sort of action, whether it be watching, sharing, and discussing the Teach-In or writing a letter to a government official.”

Did you miss the Virtual Teach-In on Migration? You can still access recordings from the day and prayer and reflection resources, including the new Ignatian Examen on Migration. 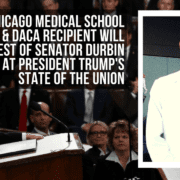 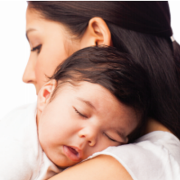 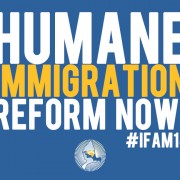 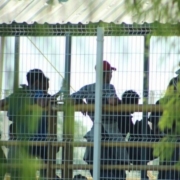 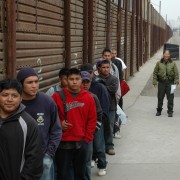 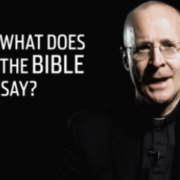 Fr. James Martin on “What Does the Bible Say? Refugees, migrants and foreigners?”
1 reply

Day 6 | The Call to Holiness