Twenty-five members of the Jesuit network from across the U.S. gathered for a meeting of the Jesuit Migration Network of U.S. and Canada from April 23-26, 2019, in El Paso, Texas. The group was comprised of university faculty and staff, secondary school educators and administrators, regional and national advocacy organization staff, and those engaged in direct service and pastoral ministry with migrant populations. The meeting was coordinated by the Jesuit Conference Office of Justice and Ecology and Ignatian Solidarity Network. This is the second time the network has met, convening for the first time in 2018 in Washington, D.C. 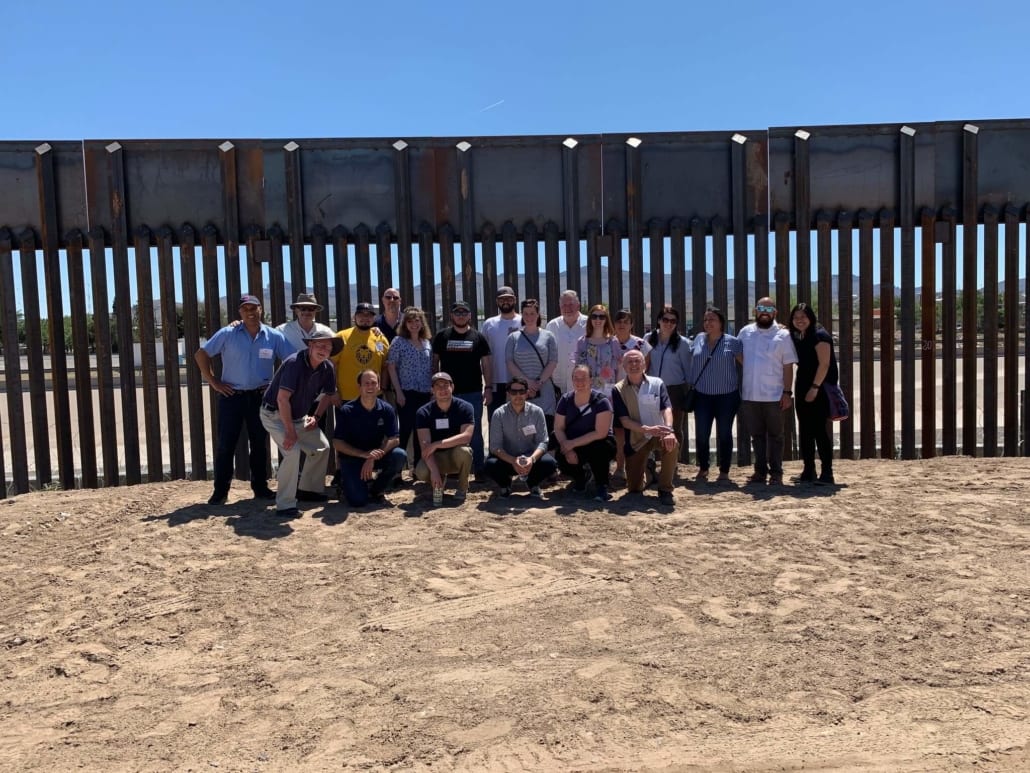 The Jesuit Migration Network meeting included opportunities to discuss increased collaboration to support the needs of migrant populations through direct service and ministry, research, and advocacy—focusing on ways that Jesuit institutions can increase continuity for this work across the U.S., as well as Canada. The delegates also had an opportunity to meet with Diocese of El Paso Bishop Mark Seitz and Dylan Corbett, executive director of Hope Border Institute. Bishop Seitz recently joined other borderland bishops in Texas and Mexico in speaking out against the Trump Administration’s “Remain in Mexico” policy, expressing significant concerns regarding access to legal assistance for asylum seekers and their safety while being forced to remain in Mexico. 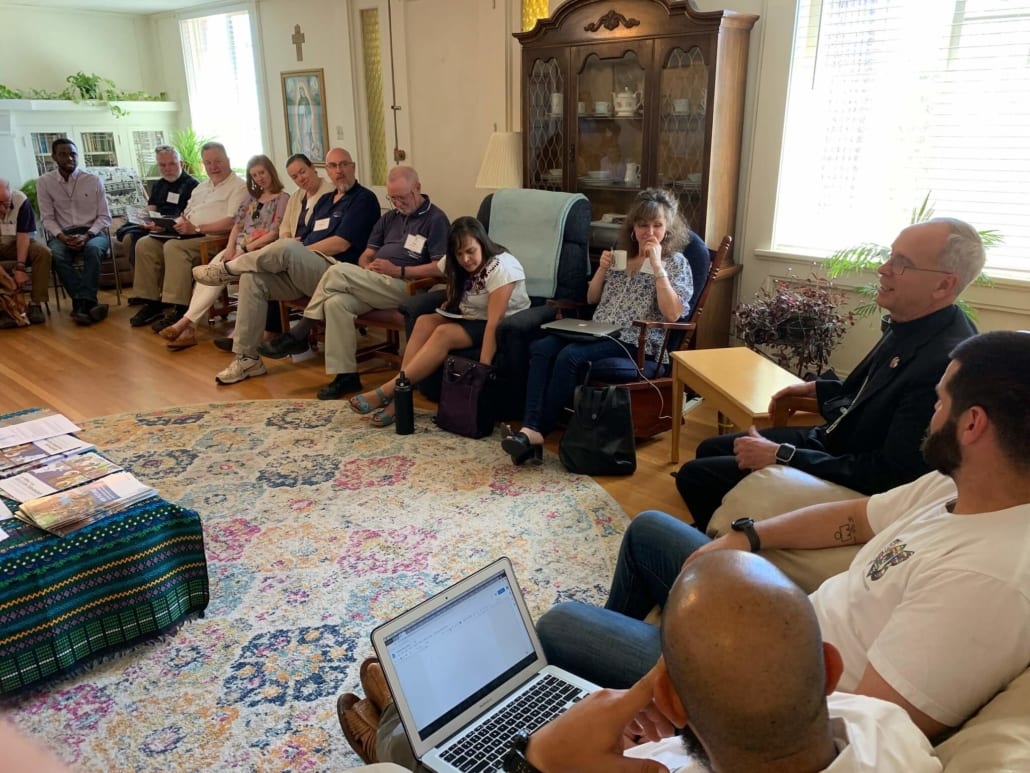 The group met at the Encuentro Project, a program co-coordinated by the Jesuit’s U.S. Central Southern Province, the Jesuit Social Research Institute, and the Marist Brothers. The Encuentro Project’s mission is to host groups from schools and parishes seeking to have an immersive experience on the U.S.-Mexico border. The Jesuit Migration Network group spent their final day participating in a brief immersive experience, which included volunteering at one of the many migrant shelters in the region. 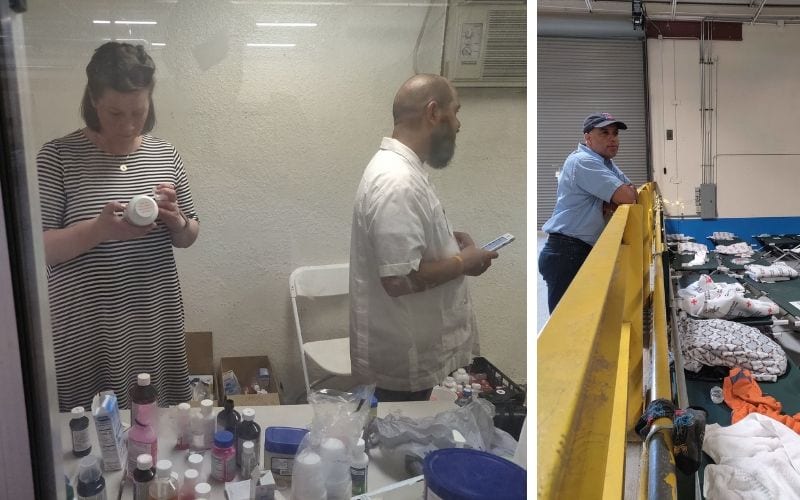 Delegates volunteer at a migrant shelter in El Paso, Texas, including in the medical center (left).

The 2019 Jesuit Migration Network of U.S. and Canada meeting builds on other collaborative groups in the Jesuit network including the Global Ignatian Advocacy Network, an international Jesuit project and the Red Jesuita Migrantes (RJM). The Central America and North America (CANA), sub-group of RJM provides a connection for U.S. and Canadian Jesuit works to the larger migration network throughout the Americas. Delegates from both countries regularly attend the annual RJM-CANA meeting held each fall in Central America. 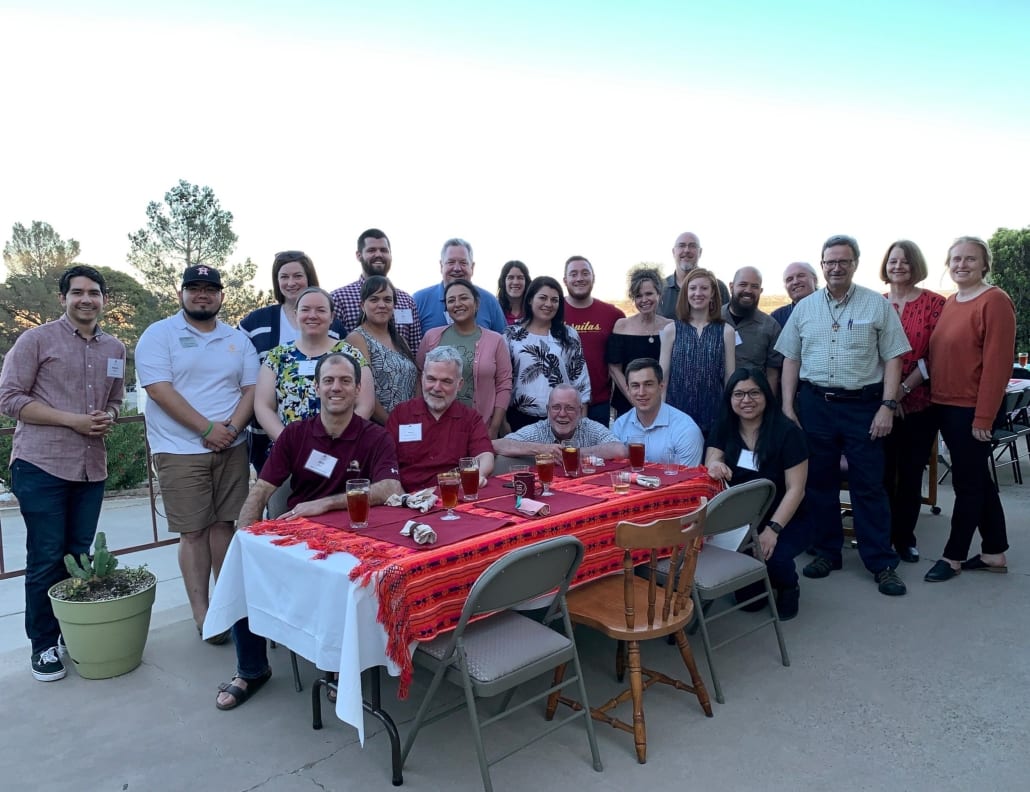 Those interested in becoming involved with the Jesuit Migration Network of U.S. and Canada should contact Caitlin-Marie Ward, senior policy advisor at the Jesuit Conference Office of Justice and Ecology. 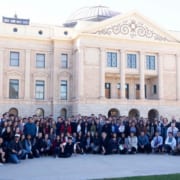 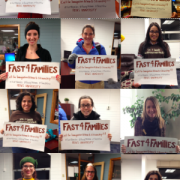