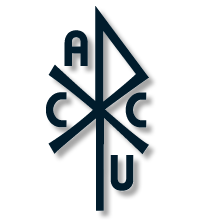 The following was issued by the Association of Catholic Colleges and Universities on April 22, 2020, in response to the U.S. Department of Education’s announcement that COVID-19 relief funding for students dislocated by campus closures cannot go to undocumented immigrants, even those under federal protection like the Deferred Action for Childhood Arrivals (DACA) program.

The Association of Catholic Colleges and Universities is deeply disappointed that undocumented students have been directly excluded from the emergency relief funds made available for higher education institutions and their students.

Catholic colleges and universities, many of which were founded in order to serve immigrant populations, know these students by name and see how their educations, as well as their living and working circumstances, have been upended by the pandemic. This is a moment to alleviate human need and hardly the time to exclude young people whose only crime is having been brought to the United States as infants.

As widely reported, the COVID-19 pandemic has had an especially devastating effect on vulnerable populations. To further the hardships of college students who are working hard to become productive members of our society seems to us an unjustifiable choice.