Blog - Latest News
You are here: Home1 / Statements - Immigration2 / Jesuit Refugee Service/USA Urges US to Stop Turning Away and Expelling...

The following statement was issued by Jesuit Refugee Service/USA on September 14, 2020, in response to recent news about Administration actions to reject or expel asylum seekers.

Late last week, the Administration revealed that more than 159,000 migrants and asylum seekers have been expelled from the US southern border, including at least 8,800 unaccompanied children. These expulsions are the result of travel and asylum restrictions implemented by the US administration in March, in response to the COVID-19 pandemic.

“Jesuit Refugee Service/USA urges the Administration to allow individuals to petition for asylum as they flee violence and persecution, while enforcing measures that manage risks to public health,” said Joan Rosenhauer, JRS/USA Executive Director. “Closing US borders to asylum seekers does little to prevent the spread of COVID-19 and instead places vulnerable populations in even greater danger, in particular children.”

Protections for individuals fleeing violence and arriving at the borders are written into US law and the International Refugee Convention, signed by the United States. The Refugee Convention sets forth the principle of “non-refoulement,” prohibiting countries from sending asylum seekers back to dangerous conditions.

These individuals, families, and children are not afforded the opportunity to present their claim for asylum, but instead are immediately returned to Mexico where they face uncertain and often dangerous living conditions. Many contend with poor health conditions and the threat of kidnapping and violence.

JRS/USA accompanies asylum seekers and refugees in more than 50 countries around the globe, including Mexico. We have witnessed first-hand the trauma endured by those fleeing systemic violence and persecution and urge the US to reinstate access to asylum as soon as possible for those seeking protection. 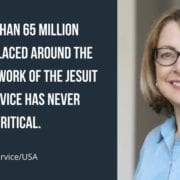 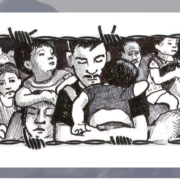 The Way of Asylum 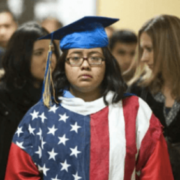 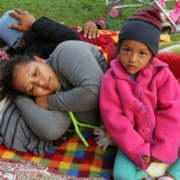