“Resilience is a future-oriented resistance to the way things are.”
– Maureen O’Connell, La Salle University

From October 19-26, more than 6,200 registrants—members of the Jesuit and broader Catholic network—gathered virtually for the 23rd annual Ignatian Family Teach-In for Justice (IFTJ), exploring the theme of Prophetic Resilience: Breaking Down, Building Up. 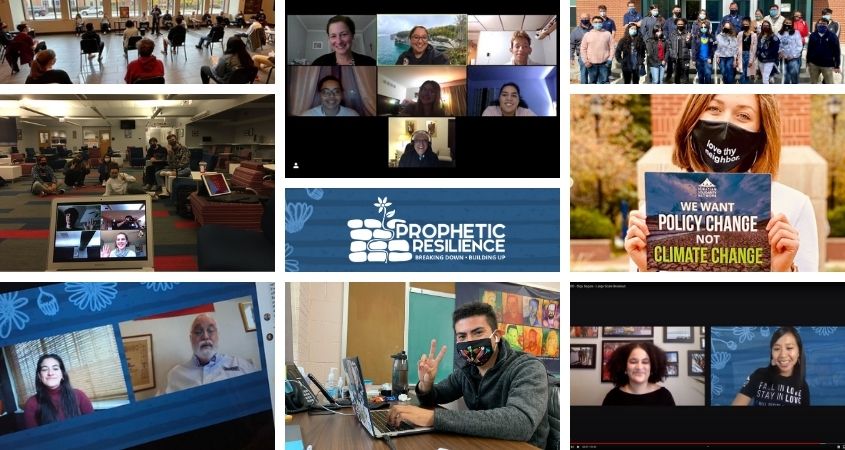 Initiated in 1997, IFTJ commences annually in the fall to commemorate the lives of the Jesuits and their companions martyred in El Salvador. The six Jesuit priests, their housekeeper, and her teenage daughter were murdered on November 16, 1989, for speaking out against human rights abuses during the country’s tumultuous civil war.

Each year, IFTJ connects Catholic faith and justice, addressing timely issues through dynamic speakers, breakout sessions, and networking opportunities. Known as the largest annual Catholic social justice gathering in the U.S., the event has attracted attendees from Jesuit and other Catholic universities, high schools, parishes, and organizations in the U.S., as well as Canada, Mexico, Spain, the Philippines, and El Salvador.

2020 marked the first virtual IFTJ, due to travel and gathering restrictions resulting from COVID-19. The virtual platform offered an opportunity for expanded programming beyond the typical three-day event.

One general session, featuring keynote Olga Segura, was streamed live to the public, along with the annual Prayer for the Jesuit Martyrs and the IFTJ closing liturgy. [Watch here!]

Attendees will also benefit from nine full months of access to all content through an on-demand library of conference speakers, supplemental materials, and virtual exhibitor materials.

People across the country engaged in IFTJ in a variety of ways, often dependent upon COVID-19 realities in their local communities and schools.

Michael Chopra, a 2019 IFTJ attendee, 2020 graduate of St. Ignatius High School in Cleveland, OH, and current student at Loyola University Chicago, helped to organize an IFTJ event at his alma mater, gathering students, faculty, and staff from St. Ignatius and Walsh Jesuit High School, plus the local Jesuit Volunteer Corps community. He spoke about the sense of connection that was present even in a virtual context. “Of course, it is a totally different experience compared to the in-person Teach-In,” he shared. “I remember last year walking to and from the conference center, walking around the city, and getting to meet and talk to people. However, I had good experiences with connecting with people on the [conference] platform messaging app. And even though it is not the same as last year, it was appropriate for this year [in a pandemic]. I think that it was necessary for a lot of us to watch and rejuvenate ourselves with the great speakers.”

Crystal Catalan, director of equity and inclusion and director of community involvement at Presentation High School in San Jose, CA, served as an emcee at this year’s Teach-In, as well as a delegation leader with her students. “Despite physical distance from one another, the IFTJ community spirit was STRONG!” she wrote after the event. “Prophetic resilience for me came through in Bishop Seitz’s message when he reminded us to not try to do all of this work alone. It’s just not possible. And I believe the opportunity we were given through the Teach-In to collaborate, connect, and be inspired will support us on our journey towards being living prophets of today.” 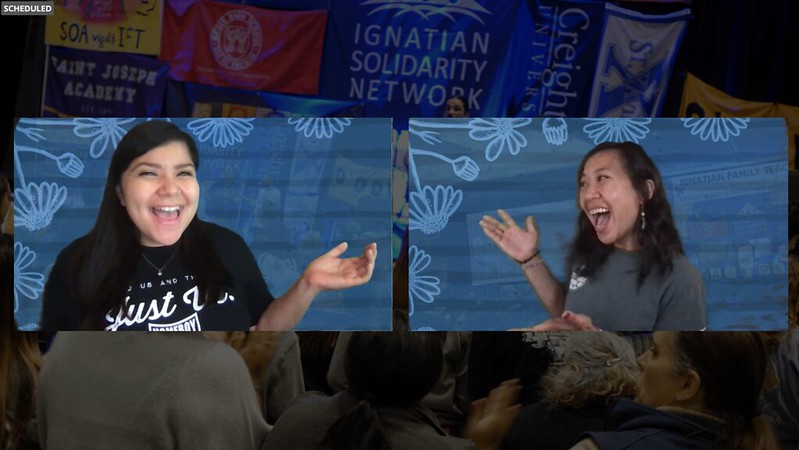 Crystal Catalan (left) and her fellow emcee, Alyssa Perez, at the 2020 Ignatian Family Teach-In for Justice.

Throughout the high school track and the IFTJ weekend, Catalan hosted check-ins and debrief sessions with her students. “Every time we met, they enthusiastically shared reflections on the ‘super cool and inspiring’ breakout sessions that they attended. Upon concluding the conference, students shared how they each felt called to explore the following social justice issues: criminal justice reform, human trafficking, how to have critical conversations on important topics, indigenous rights, ecological justice, Islamophobia, and the prison system,” she explained. “Moving forward, I can’t wait to bring another delegation of students next year! I can’t think of another conference with the same energy for justice, especially for Catholic schools, and I am so grateful that as a non-Jesuit school, we are continually welcomed back year after year.” 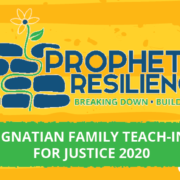 Catholics Respond to Election 2020 Results with Continued to Calls to Work for...
Scroll to top
Shares
Share This