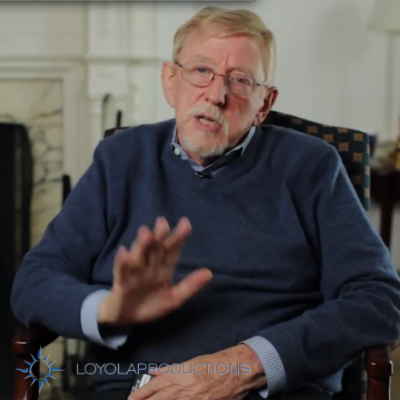 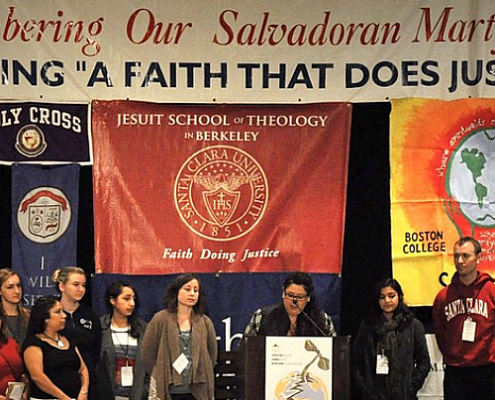 Over 1,600 attendees were inspired by the legacy of the Jesuit martyrs and their companions at the 17th annual Ignatian Family Teach-In for Justice (IFTJ). The Teach-In took place in the Washington DC area from November 15-17. The IFTJ is an annual nationwide Catholic social justice conference sponsored by the Ignatian Solidarity Network. Teach-In attendees represented over ninety-five Catholic institutions in twenty-five states, Canada, El Salvador, and Mexico. The 17th annual Teach-In coincided with the 25th anniversary of the murders of six Jesuit priests, killed in El Salvador on November 16, 1989, by Salvadoran military for their defense of the economically poor.
https://ignatiansolidarity.net/wp-content/uploads/2014/11/iftj-14.png 500 500 ISN Staff https://ignatiansolidarity.net/wp-content/uploads/2013/04/ISN_Color_Transparent_Large.png ISN Staff2014-11-19 16:00:182017-06-27 14:42:44Legacy of Jesuit Martyrs & Companions Inspires Crowd of Over 1,600 at Ignatian Family Teach-In for Justice 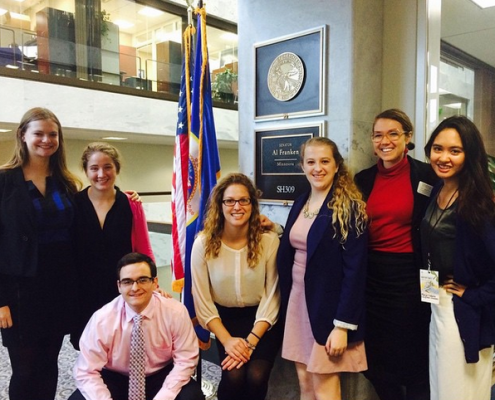