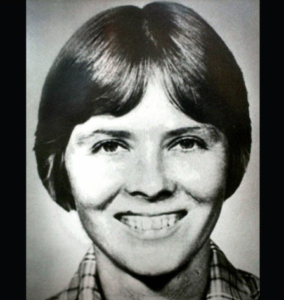 Dorothy Kazel was born on June 30,1939, and joined the Ursuline Sisters, a teaching order in Cleveland, in 1960. Before entering religious life, she was engaged to be married. Feeling called to the life of a religious, she postponed her marriage in order to test her calling. She remained with the Ursulines until her death.

Dorothy taught for seven years in Cleveland and later became involved in ecumenical and interracial community programs in the city. At a 1968 community retreat, another sister remembers Dorothy saying that she wanted to be remembered as “an alleluia from head to foot.”

In 1974 Dorothy joined the diocese of Cleveland’s mission team in El Salvador. The team consisted of nine members working in three parishes. Their main tasks involved visiting the homes of parishioners and preparing people for the sacraments.

But by the late 1970’s, the increased repression and political violence was changing the character of the team’s work. Explained Maryknoll priest Stephen T. DeMott, “Dorothy spent more and more time transporting homeless people, especially women and children, to the refugee centers. She wrote home about the corpses that daily were being found along the roadsides and described the mutilations as ‘sick, demonic.'”

Sr. Sheila Marie Tobbe, OSU, a friend and visitor to El Salvador, said of the work of Dorothy and her companion Jean Donovan, “They went to El Salvador, a country named after the Savior of the World, to preach the good news to the poor. They trained catechists, assisted in the formation of Basic Christian Communities, carried out sacramental preparation programs, and oversaw the distribution of Catholic Relief aid and Caritas food supplies.” They were also “engaged in working with refugees: securing food and medical supplies, finding shelters for them, taking the sick and wounded to medical clinics. They were unable to take the wounded to government-sponsored hospitals for fear that these innocent victims would be killed right there in the hospital…In the process of these duties, they fell in love with the beauty and warmth of the Salvadoran people” (reflection, December 14,1980).

This cruel reality deeply affected Dorothy’s understanding and experience of her own faith as she shared the suffering of the people and accompanied them in their grief and in their hope. In a November 1980 letter, she wrote of El Salvador that it is a country “writhing in pain – a country that daily faces the loss of so many of its people – and yet a country that is waiting, hoping, yearning for peace. The steadfast faith and courage our leaders have to continue preaching the Word of the Lord even though it may mean ‘laying down your life’ in the very REAL sense is always a point of admiration and a vivid realization that JESUS is HERE with us. Yes, we have a sense of waiting, hoping, and yearning for a complete realization of the Kingdom, and yet we know it will come because we can celebrate Him here right now.”

While the danger of the repression was closing in on the mission team, Dorothy and the others wrestled with what they should do. On October 3, she wrote to a friend, “We talked quite a bit today about what happens IF something begins. Most of us feel we would want to stay here…We wouldn’t want to just run out on the people…I thought I should say this to you because I don’t want to say it to anyone else – because I don’t think they would understand. Anyway, my beloved friend, just know how I feel and ‘treasure it in your heart.’ If a day comes when others will have to understand, please explain it for me.”

That same month, Dorothy wrote a letter to Sr. Theresa Kane, a member of the leadership team for the Sisters of Mercy. She was responding to an article she had read about a talk given by Theresa to the Leadership Conference of Women Religious. She wrote: “I was especially impressed with what you had to say about the ‘middle class nature of US nuns’ work’ – and how important it is to serve the poor and oppressed. I believe that wholeheartedly – that’s why I’m here in El Salvador. I should be coming back to the states next year – it will be then that I face a greater challenge…Within this past year I had been fortunate to meet women theologians…They, along with the little I’ve actually read about you, do give me the hope that the reign of God is making headway – and for this I am grateful. Do continue to be Spirit-filled and challenging. Please keep the people of El Salvador before the Lord as we are literally living in a time of persecution and in need of his strength.”

Dorothy never made it back to the US. On the evening of December 2,1980, she and Jean Donovan got into their van and drove to the airport outside San Salvador to pick up the Maryknoll Sisters returning from their regional assembly in Managua.