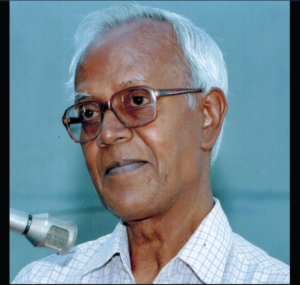 On July 5, 2021, Fr. Stan Swamy, S.J., died at age 84 in Mumbai, India. Fr. Stan was outspoken about the violation of constitutional rights experienced by the Adivasis (tribal/indigenous) community, including speaking out against violations of the Land Acquisition Act, which requires people to be consulted and fairly compensated for use of their land.

Fr. Stan spent more than 40 years advocating for the rights of the marginalized, particularly of Adivasi communities. He was arrested on October 8, 2020 and sent to jail under false charges in a string of arrests of human rights defenders in the area.

Fr. Stan was transferred to a hospital after contracting COVID-19 after months of imprisonment. It was brought to light after reports from his attorneys and fellow Jesuits that he was receiving inadequate medical care and that, prior to his arrest, he had been suffering from advanced Parkinson’s Disease and other geriatric diseases. He ultimately experienced cardiac arrest on July 4 and never regained consciousness.

In a video released shortly after his arrest in October, Fr. Stan shared a message that echoes the work of many Jesuits before him, including the Jesuit martyrs of El Salvador, who have been persecuted for their witness in speaking truth to power and living out the call of the gospel to care for the most marginalized and vulnerable members of society.