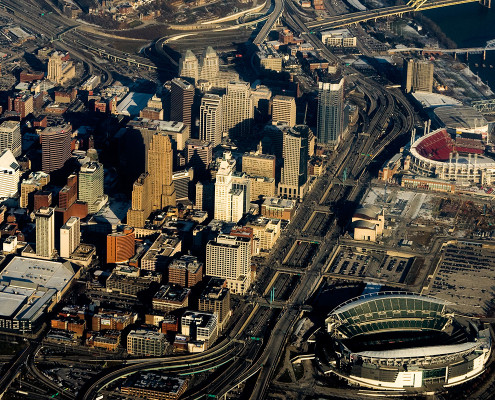 Xavier University will host a Town Hall meeting on February 2, 2016 from 7-9pm at the Cintas Center to promote reflection on where the Cincinnati community stands 15 years after the civil unrest and riots of April 2001 and the city's future. The interactive panel discussion is titled, “Fifteen Years Later: The Cincinnati Riots and the Future of the City.” It will be moderated by Donna Jones Baker, President and CEO of the Cincinnati Urban League and include a welcome from former Mayor Charlie Luken and remarks from panelists Al Gerhardstein, the Rev. Damon Lynch, III, Cpt. Maris Herold and Iris Roley. The theme is how to create a more equitable and healthy Cincinnati, focusing on community-based policing and economic inclusion.
https://ignatiansolidarity.net/wp-content/uploads/2016/01/Downtown_cincinnati_2010_kdh.jpg 800 1200 ISN Staff https://ignatiansolidarity.net/wp-content/uploads/2013/04/ISN_Color_Transparent_Large.png ISN Staff2016-01-22 15:03:372017-06-27 12:05:58Xavier University to Host Town Hall on 2001 Cincinnati Riots and Policing