You are here: Home1 / Jesuit Martyrs 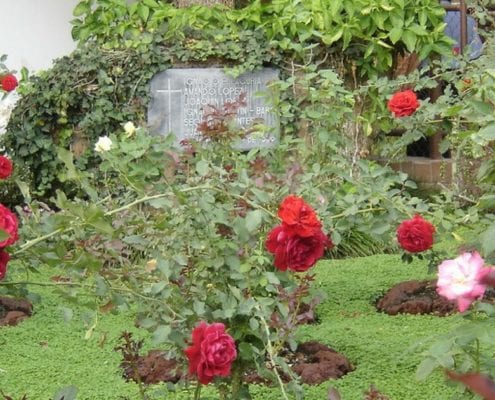 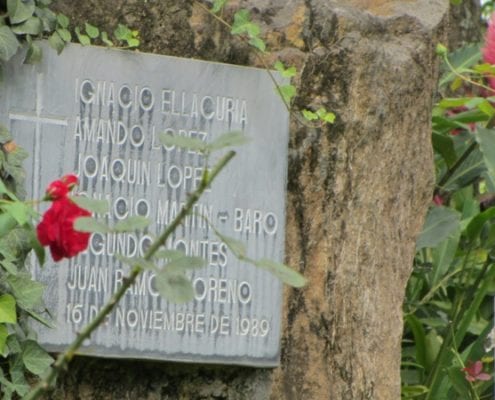 As president at Boston College, Fr. Monan animated the Jesuit response to the 1989 murders of the six Jesuit priests and two lay women murdered at the Jesuit’s University of Central America (UCA). He lived a commitment to justice, both in his involvement in El Salvador, and during his years at Boston College.
https://ignatiansolidarity.net/wp-content/uploads/2017/03/monan-featured.jpg 450 845 ISN Staff https://ignatiansolidarity.net/wp-content/uploads/2013/04/ISN_Color_Transparent_Large.png ISN Staff2017-03-23 11:33:352017-03-23 11:33:35Remembering Rev. J. Donald Monan, S.J.: Commitment to Justice for the Jesuit Martyrs 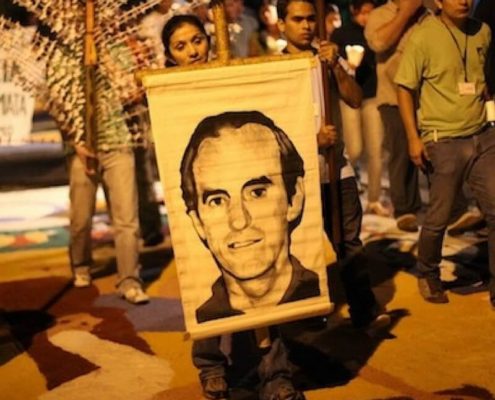 ISN had the opportunity to speak with Kevin and Trena Yonkers-Talz, co-founders and directors of the Casa de la Solidaridad, a program of Santa Clara University based at the University of Central America in San Salvador, El Salvador. Joining Kevin and Trena was their colleague Lidia Ramirez, who was a friend of Elba Ramos prior to the 1989 murders. The conversation was originally broadcast on Facebook Live on November 16, 2016.
https://ignatiansolidarity.net/wp-content/uploads/2016/11/jesuit-martyrs-el-salvador-ellacuria.jpg 800 800 Christopher Kerr https://ignatiansolidarity.net/wp-content/uploads/2013/04/ISN_Color_Transparent_Large.png Christopher Kerr2016-11-16 08:22:362017-07-11 13:15:0927 Years: A Conversation with CASA about the Jesuit Martyrs and their Companions