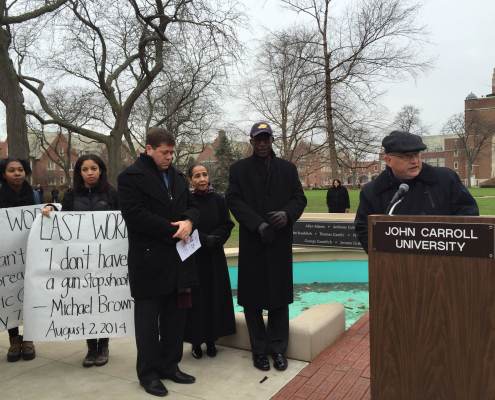 In light of the recent grand jury announcement regarding the death of Michael Brown in Ferguson, the death of Eric Garner in New York City, and the recent killing of 12-year old Tamir Rice in Cleveland, Jesuit college and university campuses have been alive with calls for an end to racial injustice in the U.S.
https://ignatiansolidarity.net/wp-content/uploads/2014/12/IMG_4205.jpg 2448 3264 ISN Staff https://ignatiansolidarity.net/wp-content/uploads/2013/04/ISN_Color_Transparent_Large.png ISN Staff2014-12-07 16:10:072017-06-27 14:36:35U.S. Jesuit College and University Campuses Speak Out Against Racial Injustice