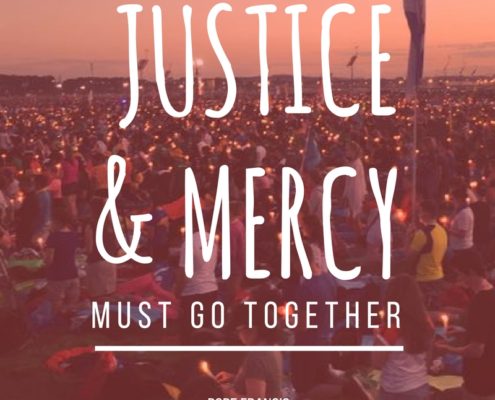 During his homily, Pope Francis reflected on his encounters with young people around the world who have told him they are tired of a world "being so divided, with clashes between supporters of different factions and so many wars, in some of which religion is being used as justification for violence."
https://ignatiansolidarity.net/wp-content/uploads/2016/08/youarethesunshinethatmakesmyday.jpg 800 800 ISN Staff https://ignatiansolidarity.net/wp-content/uploads/2013/04/ISN_Color_Transparent_Large.png ISN Staff2016-08-01 09:06:472018-05-10 14:28:43Pope Francis: Justice & Mercy Must Go Together