On the evening of January 19, parishioners gathered at the doors of St. Agnes Church in San Francisco invoking a blessing and making a bold commitment to serve as a sanctuary church for the community.

Give us the courage to open these doors and the doors of our hearts to all who knock and seek refuge.

St. Agnes is the first U.S. Jesuit parish to publicly declare itself a sanctuary church for immigrants who may be impacted by policy changes anticipated under the new presidential administration. Putting faith put into action is not something new for them.

The parish is home to the Ignatian Spiritual Life Center, designed to draw individuals into an authentic relationship with God while exploring the call to live out this relationship in the world. 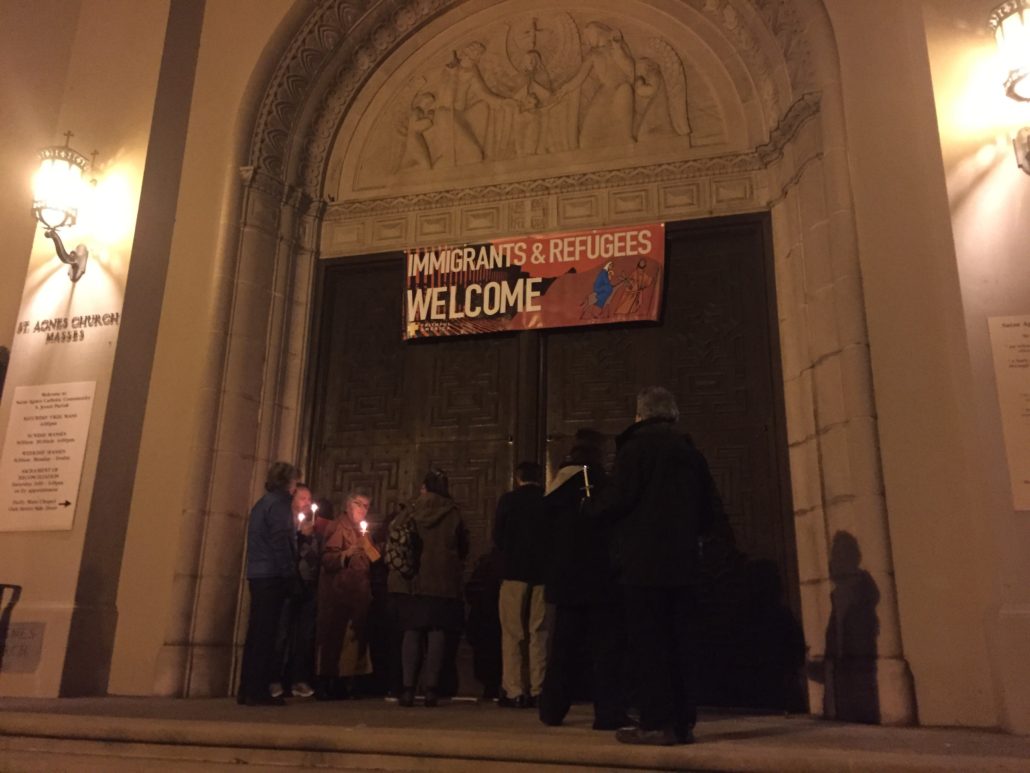 After the November 2016 election, a parishioner who, as a religious sister, was deeply engaged in the sanctuary movement of the 1980s approached parish staff and pastor Fr. Ray Allender, SJ, urging discussion of how St. Agnes might draw from those models of sanctuary to similarly uphold the dignity of immigrants in the current global and U.S. climate.

Parishioners, joined by Fr. Allender and Natalie Terry, Director of the Ignatian Spiritual Life Center, understood the necessity of exploring the new sanctuary movement. “We need to do this,” explains Terry, “to be faithful citizens and good members of our community.” 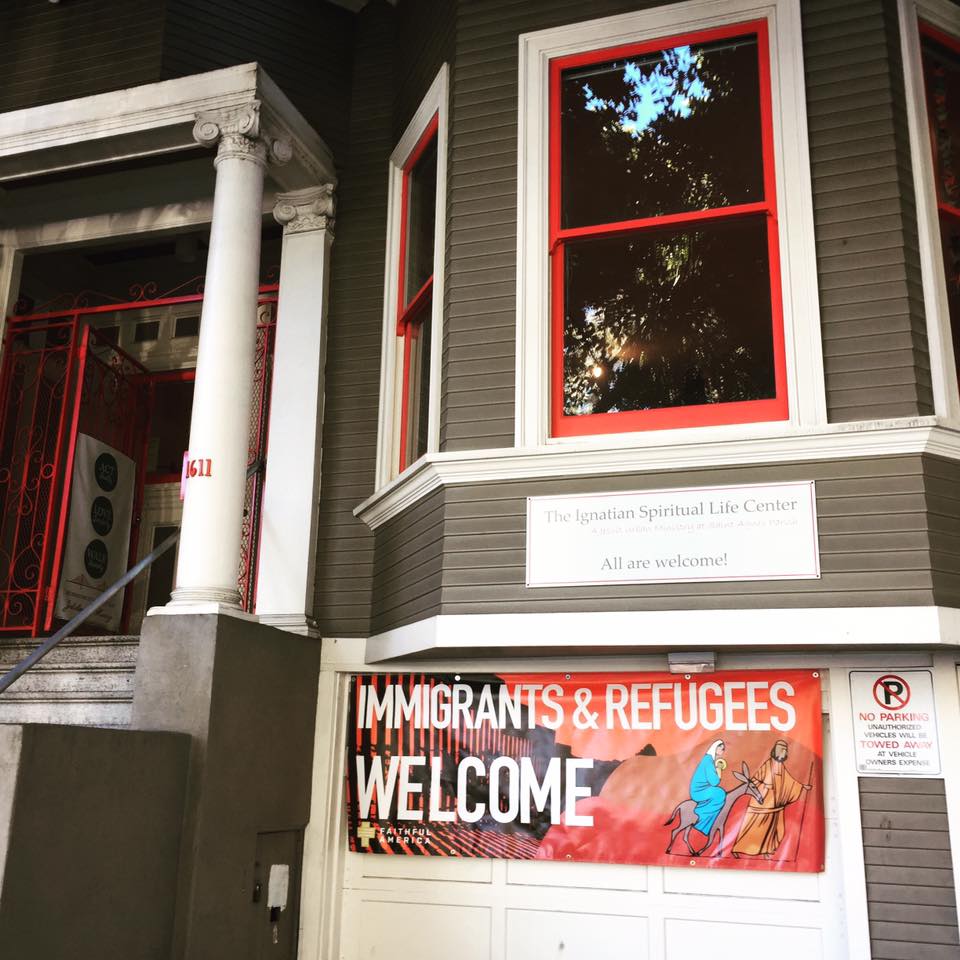 The decision to declare St. Agnes and the Ignatian Spiritual Life Center a sanctuary was ultimately made by the parish ministry team. “We already call the space in which we gather to break bread a sanctuary,” shares Terry, of the support of the parish. “We are not doing anything radical. We are simply doing the work of being members of a community, as a Catholic church.”

A statement released in anticipation of the vigil on Thursday outlines specific ways in which sanctuary will manifest in the parish community. Involvement will be varied and comprehensive, including: engagement with the San Francisco Rapid Response Network to respond and be present during ICE raids in homes or workplaces, formation of an Accompaniment Team to support families affected by raids, offering the Ignatian Spiritual Life Center as a safe meeting space for organizers and a refuge for families or individuals facing deportation, and listening and responding to and communally praying for immigrant brothers and sisters.

“We state clearly that there are no illegal people…” reads the sanctuary statement. “There are undocumented people and they deserve to be treated with respect and dignity just like any person in our community.”

Attending to the Migrant, Refugee, and Those on the Margins: The Jesuits in...
Scroll to top