Sacred Heart Parish in El Paso, TX, because of its location and founding mission to serve impoverished immigrant persons, has long had an outward focus on social ministry.

The parish, founded in 1893, has supported initiatives to address the long list of challenges faced by the community: struggling public education, irresponsibly maintained rental housing, unemployment and low wages, vulnerability of the youth and elderly, violence in various forms, and irregular immigration status.

Situated just blocks from the U.S.-Mexico border, the parish is witness to about 120 migrants and refugees–families with minor children–arriving daily from Central America’s northern triangle. They are processed at the border, “paroled”, adults fitted with an ankle bracelet, and then permitted to travel to stay with family members or friends. Upon arrival, they are required to report to the nearest ICE office and continue the immigration process (often seeking asylum). Most families and individuals stay in El Paso for only a day or two, but the need is great during that time.

A great effort by churches and individuals provides shelter, food, and help with connection and transportation to family and friends in other parts of the U.S. It is an amazing effort, renewing the diocese and greater community. Women religious from other cities and college students on ‘break’ come to assist.

This migration is rooted in a significant human crisis. Violence in Central America is perpetuated by gangs, drug traffickers, etc. who are outside of government control. They extort, threaten, kidnap and kill individuals and families, with the hope of obtaining their servitude, driving people from their homes. 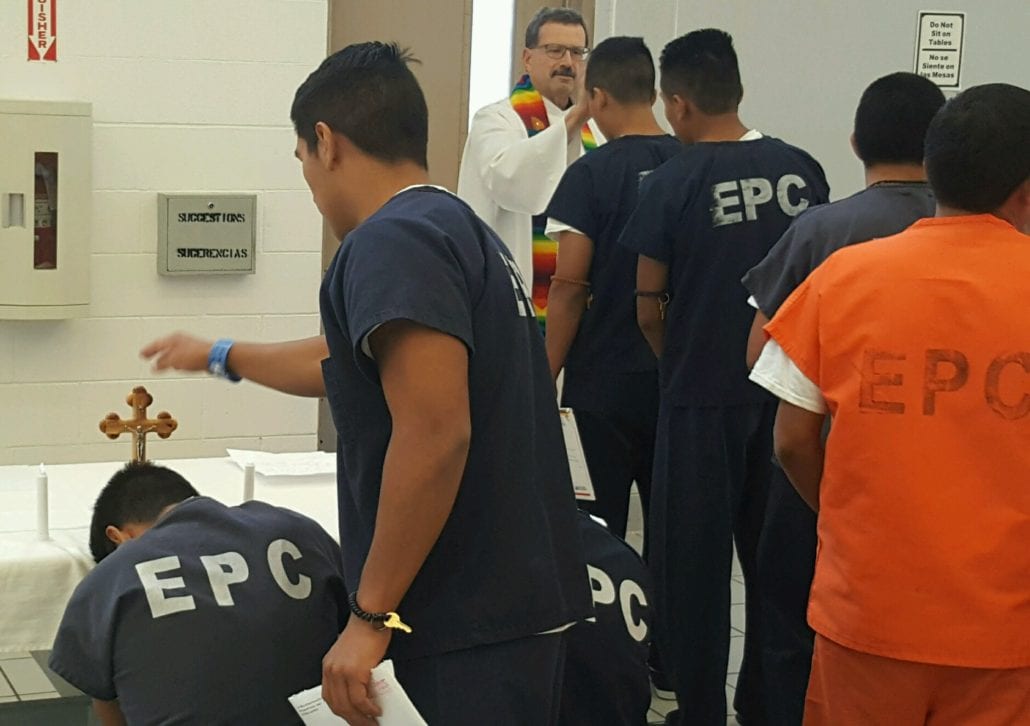 Despite the parole process, hundreds are detained in the city at a large facility where Jesuit Refugee Service provides staffing for the chaplaincy program. I am one of the volunteer priests who celebrates Mass and hears confessions at the immigration detention center, and will soon have clearance to provide other religious services at Southwest Key, a network of three immigration residential detention facilities for undocumented, unaccompanied minors. Pope Francis calls us all to go to the margins. The margins and the marginalized look differently throughout the world, and here in El Paso, the Jesuit community makes great efforts to follow this call.

Earlier in January, more than 650 El Paso residents gathered at St. Patrick’s Cathedral for an interreligious prayer service for the undocumented and migrant community of El Paso, presided by Bishop Mark Seitz and organized by the Hope Border Institute. Two families from Sacred Heart Parish participated, including Efren Loya, an 18 year old senior at a local high school and part time parish employee who came to the U.S. at age six from Cuidad Juarez, El Paso’s neighboring city. As a DACA recipient, Efren was motivated by his experience at the Ignatian Family Teach-In for Justice in 2016, as well as the present uncertainty and fear of many, to speak out about his experience as an immigrant student. Efren hopes to become a pediatrician serving immigrant children, as he has experienced how difficult it is to attain affordable medical care. He is applying to several universities but the cloud of uncertainty gets thickens as questions arise about the future of the DACA program. 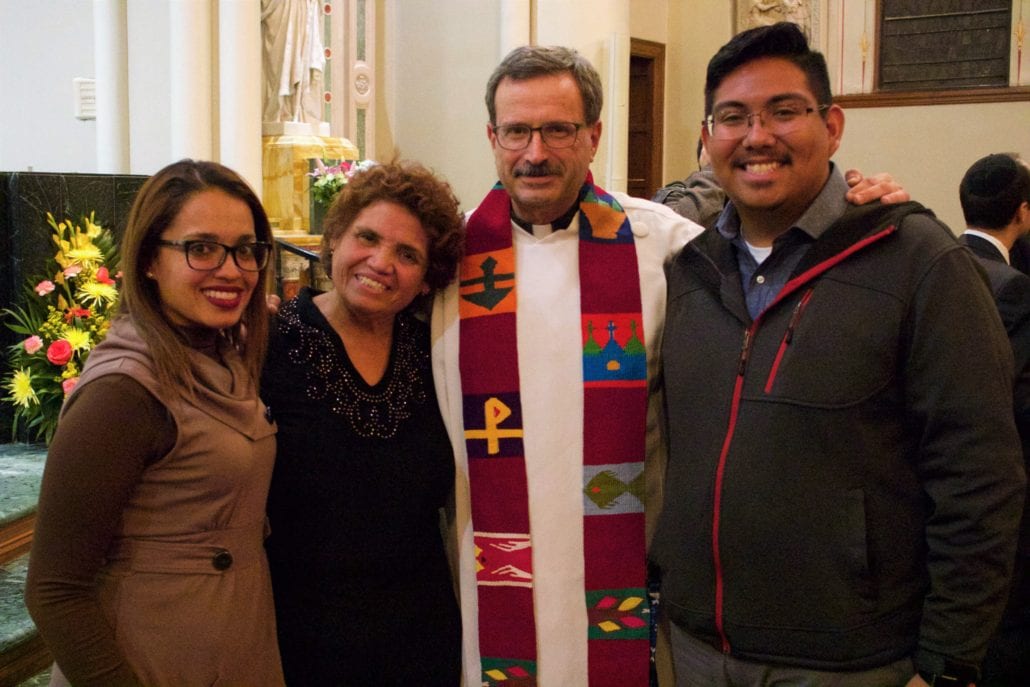 The mission of Sacred Heart Church and its strategic location continue to give it relevance, especially when there is an increase in immigrant scapegoating, making them the lightning rod for complex problems in our nation. The mission of the Jesuits in El Paso is an ongoing response to the call of Pope Francis and the Society of Jesus to attend to the migrant, refugee and those on the margins.

Fr. Rafael Garcia, S.J., from the UCS Province entered the Jesuits in 1983 and was ordained in 1993. He was born in La Habana, Cuba and grew-up and studied in Miami, where he practiced as an architect until he felt the call to be a priest. As a Jesuit he has served in parishes as pastor at Sacred Heart, El Paso for, for 13 years; Immaculate Conception, Albuquerque, for 5 ½ years and St. Francis Xavier, Kansas City, for 2 ½ years. In August, he returned to El Paso to assist at Sacred Heart and to do ministry with migrant and refugee persons, including at immigration detention centers.

Here to Learn: El Paso Border Immersion Experience and the Grace of “Encounter”

Communion at the Border
0 replies