Throughout the upcoming year, Jesuit parishes across the U.S. are participating in a host of actions in support of immigrants and refugees in the U.S.

These efforts were, in part, an outcome of the Ignatian Solidarity Network’s 2018 Jesuit Parish Justice Summit, and of continued networking between Jesuit parishes following the Summit. Actions center around immigration detention center vigils and pilgrimages, an idea initially proposed at the Summit by Vince Herberholt, a parishioner at St. Joseph Parish in Seattle.

St. Joseph will gather with parishioners from St. Leo, a Jesuit parish in Tacoma, Washington, on August 25 for a Mass and pilgrimage to Northwest Detention Center in Washington, where 1,600 individuals are presently incarcerated. 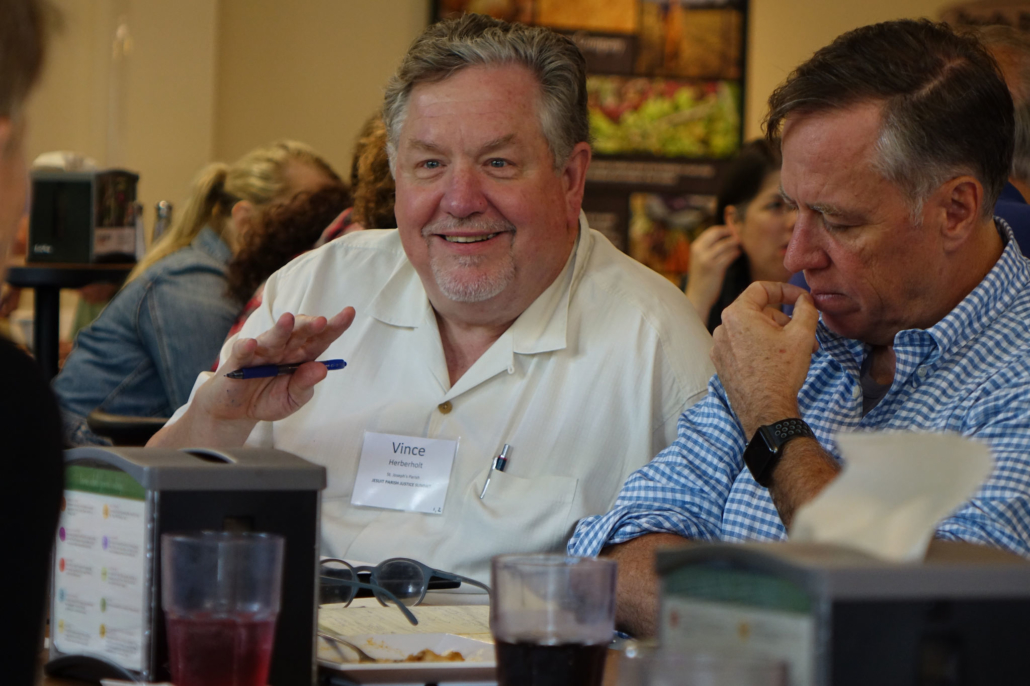 As a part of a coordinated effort amongst Jesuit parishes following the Summit, a number of additional faith communities are planning a variety of events—in the form of a vigil, Mass, pilgrimage, parish education effort, or prayerful solidarity with other parish efforts across the country—in support of those held in immigration detention.

Later this fall, Holy Trinity in Washington, D.C. and St. Ignatius in Baltimore, MD are planning a pilgrimage and Mass at the Broward County Jail in Maryland.

Joined by the Undocumented Student Center at St. Peter’s University in Jersey City, NJ and local Sisters of Charity, St. Francis Xavier and St. Ignatius in New York, NY are also planning a pilgrimage and Mass at the Elizabeth, New Jersey Detention Center. 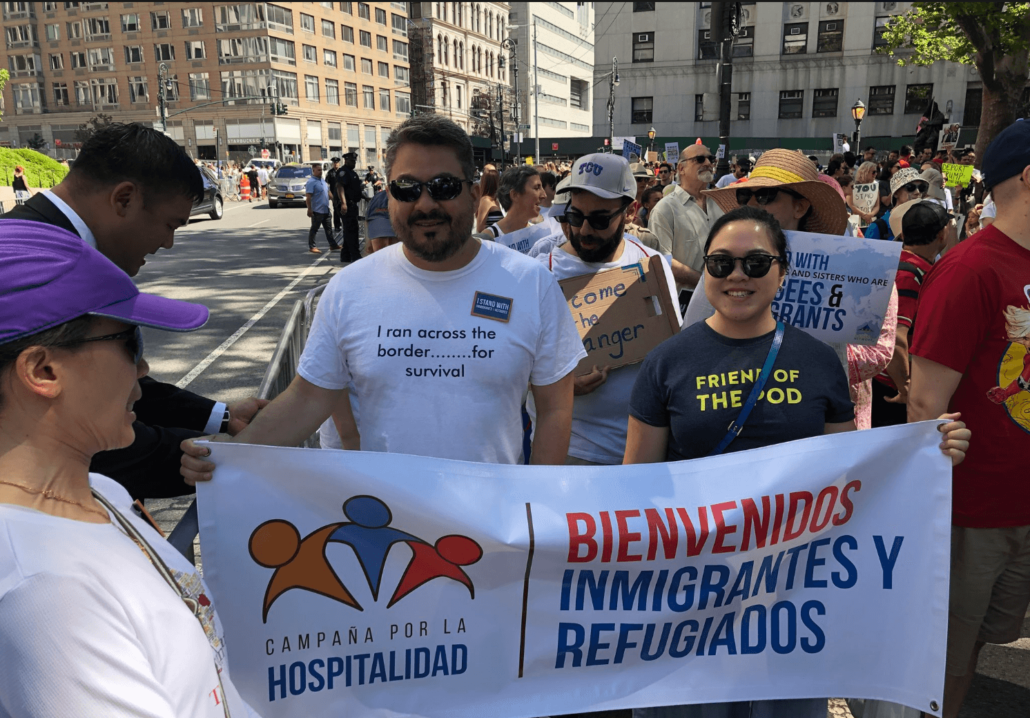 Church of St. Ignatius Loyola parishioners at the Families Belong Together Rally in New York City [Teresa Cariño via Twitter]

St. Francis Xavier in Missoula, MT is participating in prayer vigils at the immigration detention center in Missoula, as well as providing information and training sessions to parishioners and facilitating advocacy efforts directed towards their members of Congress.

Standing in solidarity with undocumented newcomers and protesting the inhumane policies that split up families, St. Ignatius in Portland, OR joined an ecumenical gathering protesting at the Federal Detention Center at Sheridan, OR.

Other parishes are engaging the JustFaith Exploring Migration group model, including St. Ignatius in Sacramento, Bellarmine Chapel at Xavier University in Cincinnati, OH, and St. Aloysius in Spokane, WA.

St. Ignatius in Portland, OR joined an ecumenical gathering protesting at the Federal Detention Center at Sheridan, OR—standing in solidarity with undocumented newcomers and protesting the inhumane policies that split up families.

Parishes including St. Ignatius Portland, Bellarmine Chapel in Cincinnati, OH, and Church of the Gesu in University Heights, OH, are considering additional actions later in the year. 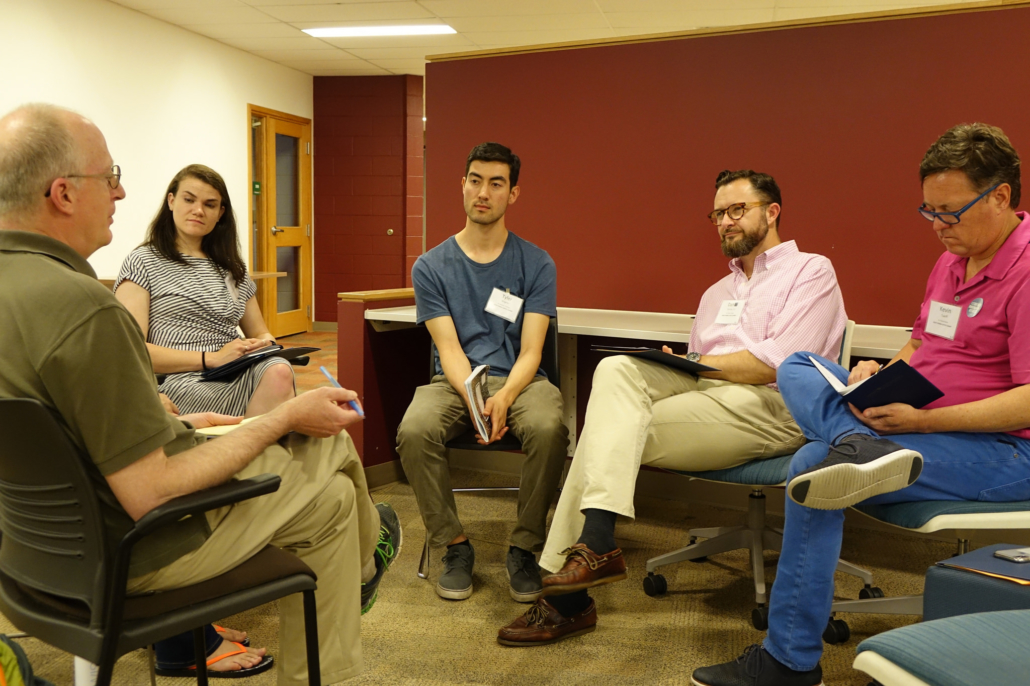 “The powerful connections formed at the Jesuit Parish Justice Summit this summer have created a stronger network for coordinating efforts in support of the most vulnerable in our country,” shares Kim Miller, ISN program director and Summit facilitator. “These efforts to stand with immigrants and refugees is the first step in deepening justice-centered collaboration between Jesuit parishes.”