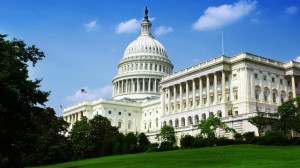 How to Advocate:
Tips for Advocacy
Meeting Planner Worksheet

YouTube Video – How a legislative advocacy visit works: (NOTE: The topics they focus on our not applicable, but the methods are)

Immigration Myths Busted from LIRS
This link takes you to a chart from Lutheran Immigrant Relief Services (LIRS) hosted by the Interfaith Immigration Coalition. Jesuit Refugee Service/USA works in coalition with this group, and their website provides national and state level immigration resources and campaigns.

Jesuit Provincial Sign-On Letter on Immigration
A 2010 letter signed by each of the Jesuit provincials (leaders) in the U.S.

Media Coverage of the February 2013 Events:

Fr. Ryscavage added his voice to a fascinating conversation that included two people struggling through the difficulties of immigration policies. Fr. Ryscavage has dedicated many years of his life to making life more humane for immigrants. He also spoke about the Center for Faith and Public Life’s major study, “Immigration: Undocumented Students in Higher Education.” The live interview was done at the WVOF studios on the Fairfield campus.

The Rev. Richard Ryscavage, a Jesuit priest in Fairfield who has been consulted by the White House as an expert on the topic, said faith and political groups are converging for reform. “For the first time, I’m seeing a lot of different elements coming together,” said Ryscavage, founding director of Fairfield University’s Center for Faith and Public Life. He said there’s an emerging consensus on reform in the House and Senate, and the White House is “working vigorously behind to scenes … and I think it will happen.”

Fr. Ryscavage discusses ‘Immigration: Undocumented Students in Higher Education,’ a major new project spearheaded by Fairfield’s Center for Faith and Public Life. The results of this endeavor will be released at an event on Capitol Hill in Washington, D.C. February 26. Santa Clara University and Loyola University Chicago collaborated on this study.