Fr. Connor’s leadership for faith and justice has come in many different forms over the course of 50+ years of Jesuit ministry.  From 1968-1973 he served as Provincial of the Maryland Province of the Society of Jesus.  In 1975 he became president of the U.S. Jesuit Conference in Washington D.C.  From 1981-1987 he served as pastor of Holy Trinity Parish in Washington D.C.’s Georgetown neighborhood and then moved across the street to direct the Woodstock Theological Center in 1987 until 2002.  Grounded in the Ignatian tradition of “finding God in all things,” much of his work at Woodstock focused on promoting value-based and ethical leadership for those in business fields.

While meeting with Fr. Connor earlier this year about the award, he said “my heart has always been with social justice.”  One event in his life that seemed especially influential in connecting “his heart” to “social justice” was his participation in the funeral of Archbishop Oscar Romero, who was martyred in El Salvador in 1980.  The funeral ended suddenly after a bomb exploded outside the cathedral, causing great chaos.  In a piece written in America Magazine later that year, Fr. Connor said this:

The idea of viewing a situation from the perspective of the marginalized or oppressed is both “Ignatian” in its approach as well as an illustration of what it means to be in solidarity with others.  It is a story like this and many more that articulate why Fr. Connor is tremendously deserving of the Robert M. Holstein “Faith Doing Justice Award.” 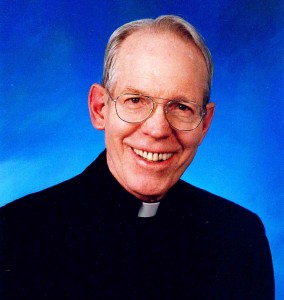 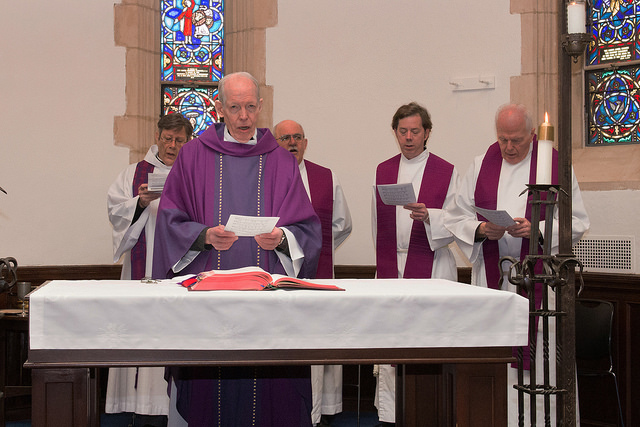 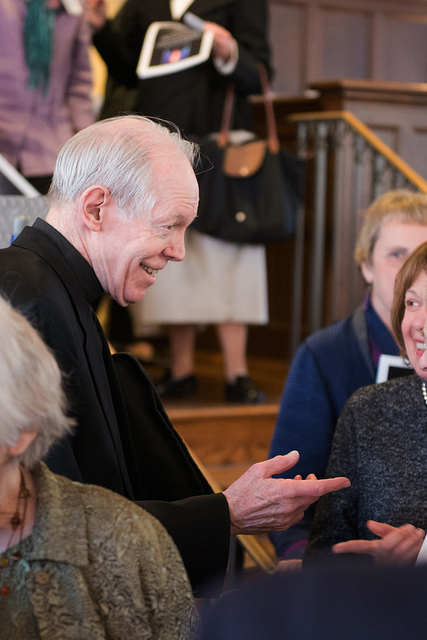 Remarks from the Holstein Award Ceremony