Race and Ethnicity in America Scholar

Marcia Chatelain is a Provost’s Distinguished Associate Professor of History and African American Studies at Georgetown University. Previously, she was the Reach for Excellence Assistant Professor of Honors and African American Studies at the University of Oklahoma’s Honors College. After graduating the University of Missouri in 2001, Chatelain worked in Washington, D.C. as the Resident Scholar at the Harry S. Truman Scholarship Foundation. In 2008, Chatelain graduated with her Ph.D. in American Civilization from Brown University. While at Brown, Chatelain received the University of California-Santa Barbara’s Black Studies Dissertation Fellowship. The author of South Side Girls: Growing up in the Great Migration from Duke University Press, she teaches about women’s and girls’ history, as well as the history of black capitalism.  She is currently working on the book Franchise: The Golden Arches in Black America, which is under contract with Liveright Publishing, a division of W.W. Norton and Company. Chatelain’s book will examine the intricate relationship among African American politicians, civil rights organizations, communities, and the fast food industry. Her next book will examine the history of college access programs and the specific ways that first-generation college students are transforming higher education. Chatelain has published pieces on the websites of The Atlantic and Time, as well as The Washington Post, and The Chronicle of Higher Education. In 2017, Chatelain contributed to the popular podcast, “Undisclosed,” serving as the resident historian on a narrative arc about the 2015 death of Freddie Gray while in the custody of the Baltimore Police Department. An active public speaker and educational consultant, Chatelain has received awards and honors from the Ford Foundation, the American Association of University Women, and the German Marshall Fund of the United States.  At Georgetown, she has won several teaching awards. In 2016, the Chronicle of Higher Education named her a Top Influencer in academia in recognition of her social media campaign #FergusonSyllabus, which implored educators to facilitate discussions about the crisis in Ferguson, Missouri in 2014. In 2017, she held an Eric and Wendy Schmidt Fellowship at the New America think tank. During the 2017-2018 academic year, she held a National Endowment for the Humanities Faculty Fellowship. She makes her home on Georgetown’s campus as a faculty-in-residence at Pedro Arrupe, S.J. Hall. 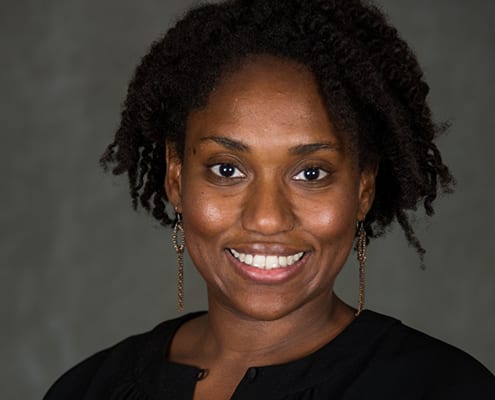 How to Teach Kids About What’s Happening in Ferguson