Catholic Relief Services’ Caroline Brennan serves as a foreign correspondent from the frontlines of crises in some of the most devastated parts of our world, from the crises in the Middle East to catastrophic natural disasters in the Philippines.

Since 2012, Caroline has traveled frequently to the Syrian border to meet with Syrian refugees in Jordan and Lebanon. In late 2013 and early 2014, she traveled to the Filipino islands struck by Typhoon Haiyan, and in 2014 also spent time with communities in the Iraq, Gaza and the Central Africa Republic.

Caroline has worked across four continents and in 18 countries documenting people’s pursuits to overcome adversity and lead empowered lives—from Haiti to Ethiopia, from Afghanistan to Indonesia.

She was deployed to Haiti after the 2010 earthquake, and was among the first to go into the Darfur, Sudan refugee camps. She traveled on the “Peace Train” across the Democratic Republic of Congo after its civil war, and spent months in the areas affected by the Indian Ocean tsunami. She was also based in CRS’ South Asia bureau in Delhi for three years.

Previously, Caroline worked with the U.S. Committee for Refugees in Washington, DC, and the Jewish Federation of Metropolitan Chicago. She was a Peace Corps volunteer for two years in western Ethiopia.

Caroline grew up in a military family that eventually settled in Austin, TX. Her family’s parish is St. Thomas Moore.

Caroline graduated with a Journalism/Spanish degree from Texas A&M. She has four sisters. 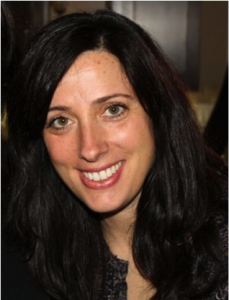