Since 1982, Dan Misleh has been involved in the social mission of the Church beginning with two years in the Jesuit Volunteer Corps in Alaska through today. Dan has worked in California, Ohio and in Washington, DC. Prior to becoming the founding director of the Catholic Climate Covenant, Dan worked for eleven years at the United States Conference of Catholic Bishops as a policy advisor and as the Director of Diocesan Relations for the Department of Justice, Peace and Human Development.

As Executive Director of the Catholic Coalition on Climate Change—which includes 12 national Catholic organizations including the U.S. Conference of Catholic—he has helped engage the Catholic community at the national, state and diocesan levels in a serious and sustained conversation about a Catholic approach to climate change focusing on the promotion of the common good, the protection of poor people and the exercise of prudence and to more fully implement the U.S. Catholic bishops’ 2001 statement on climate change.

Under his direction, the Coalition launched in 2009 a nation-wide education and action campaign, The Catholic Climate Covenant: The St. Francis Pledge to Care for Creation and the Poor. Unprecedented in scope and reach, this effort aims to reach as many US Catholics as possible to encourage them to embrace ancient teachings about the care of creation and our priority concern for poor people in the face of unfolding climate change.

Dan graduated with a degree in business management from Xavier University in Cincinnati, Ohio and holds a masters degree in theology from the Franciscan School of Theology in Berkeley, California. Dan and his wife Susan have three children and live in Cheverly, Maryland near Washington, DC. 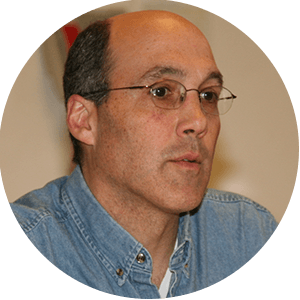