Padre Melo’s broadcast station, Radio Progreso, shut down by the military around the time of the June 2009 coup, has been occupied several times since. During this same time, over 50 journalist and social commentators have been murdered in Honduras, and many more have been kidnapped, tortured, or suffered death threats.

In April 2014, one of the Radio Progreso team members, Carlos Mejia, was brutally murdered. In a press conference following the tragic event, Melo stated at a press conference that 16 ERIC/Radio Progeso employees, including Mejia, have received significant death threats since the 2009 Honduran coup.  Fr. Moreno has also previously testified before the U.S. Congress at the Tom Lantos Human Rights Commission regarding the human rights situation in Honduras and the fear he and his staff and others in the journalism sector experience. 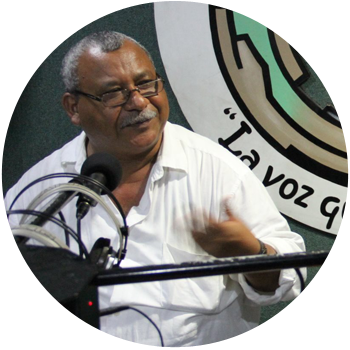