Marie Dennis is co-president of Pax Christi International, the global Catholic peace movement, a position she shares with Bishop Kevin Dowling from South Africa.  Until recently, Marie was director of the Maryknoll Office for Global Concerns, charged with bringing the global experience of Maryknoll missioners into the process of shaping public opinion in the United States and policies of the U.S. and other governments, the United Nations and international financial institutions. She worked for Maryknoll from 1989 to 2012. Marie is a laywoman and a mother of six.  She holds a master’s degree in moral theology from Washington Theological Union and honorary doctorates from Trinity Washington University and Alvernia University.

She is author or co-author of seven books. Marie now serves on the national board of JustFaith Ministries; the steering committee of the Catholic Peacebuilding Network; and as a contributing editor to Sojourners magazine. She has previously served on the White House Task Force on Global Poverty and Development; the advisory committee of Orbis Books; and the boards of the Washington Office on Latin America, the Latin America Working Group, the International Resource Center, the Washington Office on Africa and the Jubilee USA Network. Marie is a Pax Christi USA Ambassador of Peace. She has been serving on the board of Pax Christi International since 1999 and has been Co-President of the movement since 2007. In June 2013 she was re-elected for a second Co-President mandate. 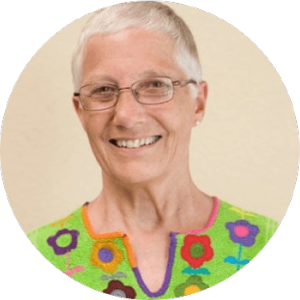 Oscar Romero: Reflections on His Life and Writings (2000)
by Marie Dennis, Renny Golden and Scott Wright